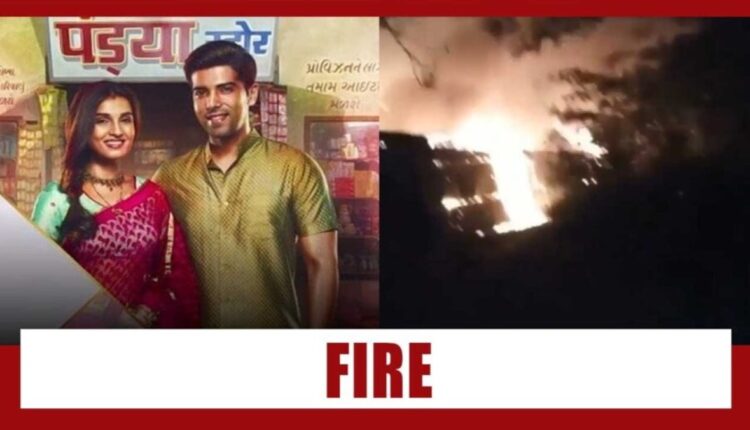 FIRE breaks out on the sets of Pandya Store

Accidents do happen and when it comes to the shoots of our TV shows where working hours are not bind by the clock, the probability of things going wrong is even more. Something similar happened on the sets of the new show Pandya Store. In the wee hours of Saturday a fire broke out on the sets of the show.

Informing about the incident, a source told a new daily”It must have been around 2.30 am in the morning when the fire broke out in the makeup room of the show. Some parts of sets, some costumes and some shoot material caught fire and were completely burnt. The cause of the fire is still unknown. Immediately the fire was put out and no major causality has been reported.”

Producers , Sunjoy Waddhwa & Comall Sunjoy Waddhwa, in an official statement shared, “A part of the set of the show Pandya Store caught fire post-pack-up of the shoot. The extent of damage in respect of this accident, is yet to be determined. The magnitude of the fire was minor in nature and has not disrupted our operations. Everyone, including the artists and the crew members, are safe and shooting has resumed.”

A video is being shared on social media and it was shared by actress  Krutika Desai.