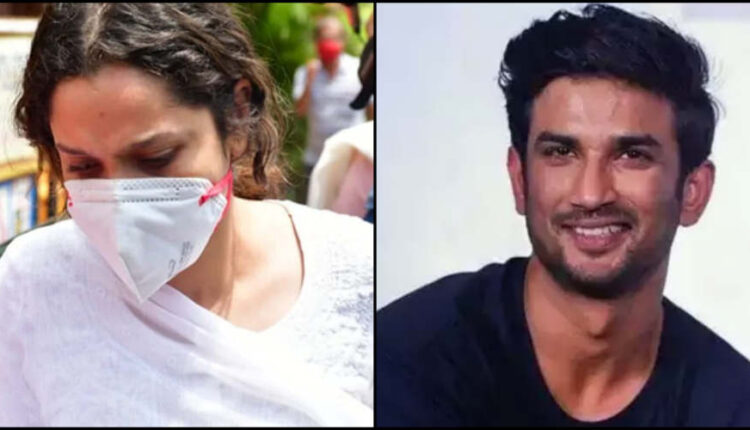 Sushant Singh Rajput’s case has become an issue which everyone is talking about. Ankita Lokhande in a recent interview with Republic, talked about Sushant and what she thought about him and the idea of suicide. She said,”He was not a man who could take such a step. Sushant was not the guy who could commit suicide. We have seen worse situations when we were together. He was a happy-go-lucky guy.” About Sushant being in Depression, “Sushant might be upset, anxious, yes, but depression is a big word. Calling someone ‘bipolar’ is a big thing. He came from a small town. He established himself on his own. Everyone is writing their own portrayal of how ‘depressed’ he was, it hurts reading all of this,” she said.

Recently it was reported in the media that Ankita Lokhande, the ex-girlfriend of late Sushant Singh Rajput, had informed his sister Shweta Singh Kirti that Sushant was very unhappy and discontent with his relationship with Rhea.

Ankita talked about her comment about Rhea which is doing the rounds on the internet. She said that its a rumor and she doesn’t know where this is coming from. She cleared the rumor saying that after she and Sushant broke up their relationship, both of them were never in touch with each other. She even said that she never crossed path with Sushant after their breakup. She mentioned that it has been four years that they broke up and she has no idea what is happening in his life. She didn’t even have his new number.

She also mentioned that Sushant has never spoke about Rhea to her and she never told about this to police. She is supporting his family as she is very close to them and at this moment as a human, she is standing with them because the whole family is devasted with the loss.

WATCH!! Rhea Chakraborty’s statement on FIR against her in Sushant Singh Rajput case