Which is your Favorite New Jodi on Star Plus?

Some new shows which recently started on Star Plus, like Suhani Si Ek Ladki, Everest, Nisha Aur Uske Cousins and Tu Mera Hero has got new faces, much talented actors and viewers are loving their excellent chemistry and romance. We would like to know your favorite couple among the listed ones. Vote in this poll up to two of your choices. You may state the reason of your choice in comments section. 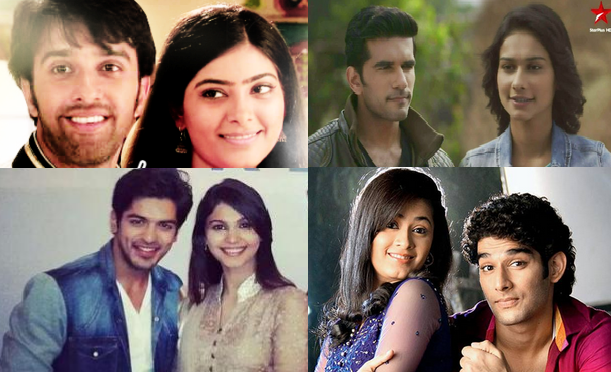 Their love story started by their meetings when Yuvraaj wanted to win Soumya’s love. Post their compromising marriage, Yuvraaj has started being genuinely good to Suhani. He values her goodness and honesty. Suhani’s simplicity won his heart and now the couple is walking on the path to find love in their marriage. The couple has made the show very famous in few months and ruling hearts currently. Suhani has proved that superficial beauty does not matter in true love.

Anjali learns that her father had never wanted a daughter. She decides to scale Mount Everest, her father’s unrequited dream, in order to win his affection. She meets Akash in her journey towards her dream and finds a good friend in him. Her clean and flawless hear wins Akash and before he could express his feelings, Anjali sees it in his eyes and asks him to keep few things unsaid if they can’t be fulfilled. Their unspoken feelings become their strength in tough times.

Everyone knows the wonderful Nisha and her cousins, and the good twist came in the show by her love entry Viraj Singh Rathore. Nisha is impressed when she witnesses Virat practicing rifle shooting. When she panics seeing a dog, Virat advises her to overcome her fears. She then falls down, injuring herself and Virat carries her as she’s unable to walk. The rest is history after their meeting. Nisha’s down to earth character and Viraj’s determined role match up to make them a good couple.

Titu, a total lazy and easy going guy, lives in Mathura along with his lovely family, where his mother spoils him by too much love. He wins the filmy, romantic and dreamer girl Panchi’s heart by his charm, sense of humor, goodness, effective funny explanations in tough situations and most of all, his high popularity among girls. Panchi and Titu’s young and charming roles has made the show make a mark among the big hit shows in Star Plus.