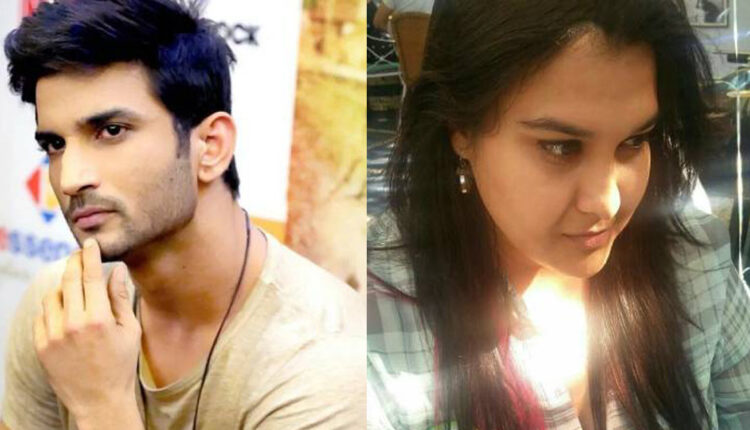 Drugs were very much part of Culture around SSR, Claims Shruti Modi

Sushant Singh Rajput’s death investigation has seen shocking twists after the Central Bureau of Investigation (CBI), ED and NCB (Narcotics Bureau) took over the investigation. t A new drug angle was recently revealed after NCB uncovered a series of WhatsApp conversations between Rhea Chakraborty, her Talent manager Jaya Saha followed by Sushant’s former business manager Shruti Modi. The chats were shocking and talked about procuring drugs from peddlers in Mumbai.

While the CBI continues to probe the death of Sushant Singh Rajput, in an interrogation of Sushant’s ex-manager Shruti Modi. During her interrogation with the SIT, she reportedly said that drugs were a part of the culture around the late actor. According to a Times Now report, Modi has come out and revealed details during the CBI questioning – including her confession.

The report also maintained that during her interrogation with CBI, Shruti Modi cracked under pressure and said that drugs were very much a part of the culture around late Sushant Singh Rajput. She made the big confession saying she was just a facilitator and mentioned not at all into the narcotics substance. (ALSO READ: Rhea Was St SSR’s Home On June 12? Insta Posts Says So…)

Furthermore, the Times Now report also stated that Shruti Modi revealed – SSR’s girlfriend Rhea Chakraborty and his staff who did all that and mentioned that she was being forced to be a part of that.

#Breaking | BIG 'confession' by Shruti Modi. She said that 'drugs were very much part of a culture around SSR'.

Meanwhile, another report by India Today stated that three agency officers have reportedly found no evidence that suggests Sushant was murdered on June 14. However, the investigation is still going on and CBI will continue it’s probe till the time it solves all the unexplained questions.