Sorry for the delay but was caught up with my admission and other college procedure !!

So here i present you a sneak peak of the most awaited update !

Next day came real quick for them especially for Twinkle as she has a lot of think to excute as per her plan. Finally she had decided to surprise Kunj by confessing her love towards him on his birthday in order to make it special for him cause she knew nothing could be more precious for him other than she herself.

She got up before Kunj and planned to make his day special from the beginning itself , the midnight party was the start. She prepared his favourite Breakfast and served it to him on his bed pampering him as a Kid.

Later they visited to gurudwara to seek blessing from God and then went to spend sometime in the orphanage owned by Bebe. They had a celebration with the kids and people over there with a cake cutting ceremony.

They had a small party later in the evening with there close friend , family and few business associates. Twinkle made sure to make Kunj feel special in everyway and by the end of the day she knew he was happy heartily and was grateful to god for blessing him with such a loving family but little did he knew there are more surprises awaiting for him planned by non other than his wife , the love of his life.

By the time Kunj bid bye to all the guest Twinkle has already left to excute her plan to surprise him. Kunj reached his room and searched for Twinkle but there was no trace of her.

“”WALK IN THE CLOSET, YOU WILL FIND A GIFT WRAP ,WEAR IT AND GET READY AS ANOTHER CLUE AWAITS!”” 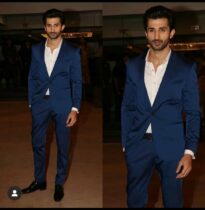 As the clue started increasing his curiosity increased more , he quickly rushed towards his car and got in and drove off to the set direction in the GPS.

After driving for an hour , he reached the place only to find it a forest resort . He made his way towards the reception when a Kid ran onto him giving him a bouquet of flowers along with a chit. He opened the chit which reads-

“”NOW WALK NEAR THE RECEPTION AND SHOW THEM THIS CLUE, THEY WILL LEAD YOU TO YOUR WAY WHERE YOU SURPRISE AWAITS YOU!””

He quickly made his way towards reception and showed them the chit and he was taken to the place which was again decorated beautifully with lights hanging on the tree on both the sides  which was booked on his name. 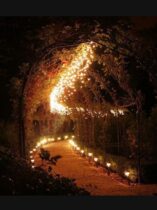 As soon as he reached there he was astonished to see a cottage build among the trees booked on his name. 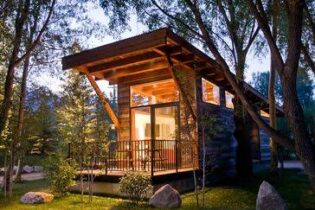 He made his way towards the cottage and entered inside. He look around to see the beautiful surrounding of the cottage. He moved ahead and found another note sticked on the bedroom door which states-

“”WALK AHEAD AND REACH TOWARDS THE STAIRCASE AND MAKE YOUR WAY TOWARDS THE LIGHTING WHICH WILL LEAD YOUR WAY!””

He followed the direction and gasped seeing the ambiance , it was decorated so beautifully with chinese lamps placed on the staircase which used to lighten up whenever he used to put his step on it.

He was loving all the arrangements made by his wife , he had a guess what was coming next and he wanted to enjoy this moments to the fullest. He never knew his wife will make him feel this special cause he has made his mind that he was going to propose her soon but the same thing coming out from her side took him to complete surprise.

Well maybe the next one will have there confession !!