The episode begins with the killer Lady dragging Pari , As she fainted and was drunk .

Sagar : I think she’s jealous seeing you dancing with other girls .

Veer thinks : Where’s that girl , I just hope that she’s not in any trouble . I gotta find her .

He comes out of the crowd and asks everyone around about her . Then a man tells him that he saw her going out . Veer goes and searches for her every where . But his attempts goes in vain .

That lady , Killer , Dragged PARI to terrace . To roof top . Pari summoned all her strength and courage . She tired to be conscious .

Lady : Because they killed me

Pari : what happened with you tell me , I’ll help you out

Lady became aggressive ” Keep care , Someone will dare ” , She raises her arms which were holding a knife .

Pari screams : Nooo !!! She hold her hand and pushed her back .

Pari: Why are you killing women like this , Why tell me ??

Lady became vigorous and forceful . She Pushed Pari to wall , Down the wall was a scrapyard . Veer was growing anxious , Then Someone comes and exclaimed ” Hurry up , I saw a woman at the terrace she was going to kill someone with knife ”

Veer ran to the terrace . He reached there and

Lady : No I’ve to kill this woman , or else I can’t sleep with Peace .

The lady again raised up her arms , Pari was trying to defense herself .

The Lady turns to Pari and Raised her hands , Seeking the opportunity Veer came and Grasped The woman . Then he pushed her away .
He goes and hugs Pari .

The suddenly CBI officials came and Arrested the woman .

Veer was holding Pari in his arms , She fainted , He picked her and goes to room .

Then doctor was called , After getting checked , Doctor made clear that someone had mixed something unusual in her drink . On interrogation , Sagar and Gaurav says Sorry to both Veer and Pari . Then After the the camp , They both came back home . R.K came and apologized . He gave this case to Pari because , Few years back , Instead of him , Veer was chosen as IPS officer . He was kicked off from the Police station . He was very angry , He left India ,Took training and came back just previous year . Then he was chosen has Superintendent of CBI . He was very jealous whenever he heard Veer’s Praise of solving cases .
Then one day when CBI got to know about the Serial killer case . R.K decided to give responsibility to Pari . As if she solved the case ,Then Veer would be jealous that without him , His wife alone solved a high profile case . He would not be seen with that respect in the society . But he was wrong .
Then Veer and Pari both worked on ‘ Shanti Devi ‘ Case . They find out that this woman belongs to a old village . She got raped and then Pregnant . The whole village stated calling her mad , witch , Psycho . She was locked in a room . Her child was killed . Then one day she fled from that room and started killing Pregnant women with specially crafted knife , On which ‘ P ‘ – psycho was written . So that she could explain her Pain , When a child is killed and a wife …

I know you must be having hundreds of questions in your mind , Be calm and Listen to me . I’m not closing this Fan fiction . What I’m going to do is . I’m writing a new fan fiction . This fan fiction is ‘ Aankhon mein Teri ‘ On serial Dahleez . Now , This is a intense love story . And the end of this fantasy is linked to my other fan fiction on NAAMKARAN ,. okay , So you’ve to read this new one to get to know what will happen next . The new story on AVNEIL will begin after this Dahleez fan fiction , With new twists and turns , New love story And fresh beginning . Hope you got it . Any doubts I beg you please ask me ???

So in this story what you liked most and what you hated the most . Which is your favorite character and episode .

PLEASE I BEG , I KNEEL DOWN , PLEASE COMMENT AND TELL ME YOUR VIEWS .

Lets have a new start . Hope you’ll read my new fan fiction . All the introduction is down below ???https://www.tellyupdates.com/aankhon-mein-teri-promo-2-character-list/ 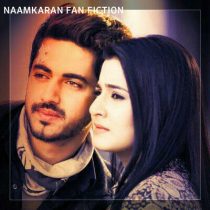 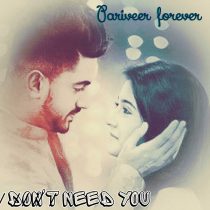 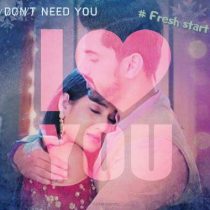 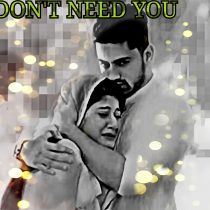 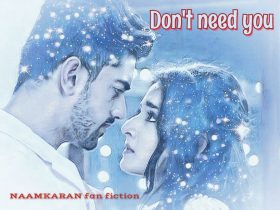 ( * Some banners which I edited myself for my fav ..AVNEIL??) 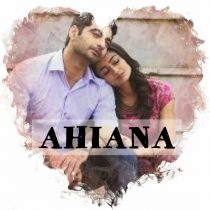 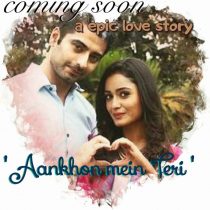 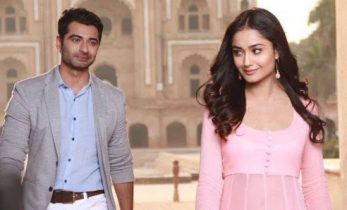 Hi I'm back after so long 😀