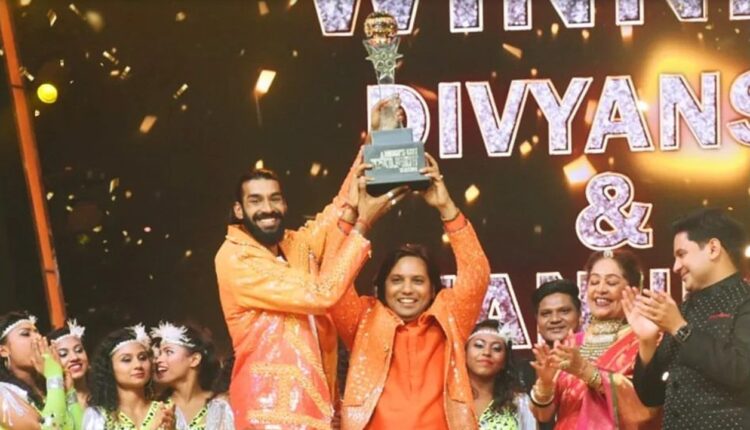 Divyansh and Manuraj on winning India’s Got Talent; says, “We’re flooded with offers for standalone shows”

The duo feels that it was their strong bond and passion for music that resulted in the amazing jugalbandi that helped them win the show. For the unversed, Divyansh is a beatboxer while Manuraj is a flutist.

During a recent interview with BT, they talked about their jodi and shared, “Both of us are as different as chalk and cheese, and there were many occasions when Manuraj bhaiyya had to adjust a lot with me (laughs), but one thing common between both of us is our love and passion for music. Ever since we came on this show, our aim was not to win, but to reach out to the masses, present something new and make more people interested in the kind of music we create – a jugalbandi of beatboxing and classical musical instrument.”

Manuraj also added to the conversation and shared “We wanted to give our best and there was a different level of excitement. After winning the show, we are just full of gratitude for the love and recognition that we have received from the show.”

Talking about their future plans, Manuraj said, “Earlier, we would only get a chance to perform as part of bands. Divyansh was already performing with artists like Sunidhi Chauhan and others. But when we became a part of this show, we started getting offers for standalone performances from India and abroad.”

Meanwhile, Divyansh is already working on an album in which he wants to work with Manuraj and create some different compositions.

Talking about his journey so far, Manuraj said, “Like every other family, they said engineer bano, doctor bano, pehle kuch bano, uske saath saath music karte raho. Even after coming to Mumbai, if I would tell someone that I am a flautist they would ask me ‘par karte kya ho?’ I was forcefully enrolled in an engineering college by my family. But I didn’t give up on learning music. I remember I used to earn Rs 1,000- 1,200 per month when I wanted to buy my first flute, which was around Rs 4,000. I had to work an extra job to earn that money for the flute.”

Divyansh also added, “Beatboxing kisi bhi family ko serious career option nahi lagta. It is unconventional, but I never gave up. I worked hard towards honing my skills and continue doing so. If our stories can inspire someone, that would be the biggest reward for us.”

We wish Manuraj and Divyansh all the best and a bright future ahead.

Akash Singh on winning Hunarbaaz – Desh Ki Shaan; “I want to use the winning amount to build a house for my parents”