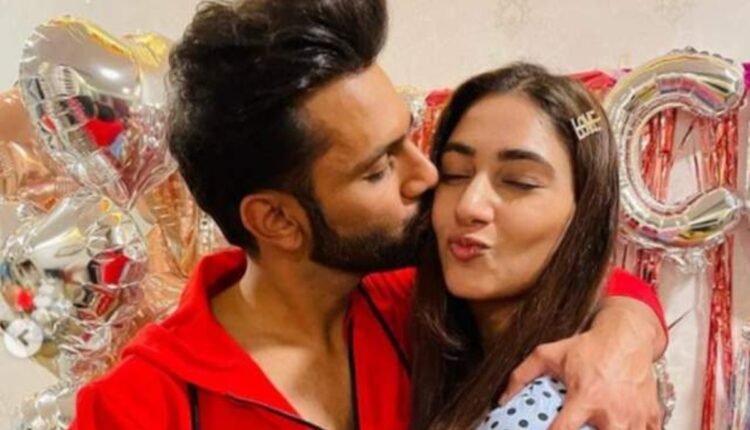 Bigg Boss 14 contestant Rahul Vaidya enjoyed immense popularity through the show and now that he is out of the house, he is one of the happiest faces we see. He had a fair journey in the show and was the first runner up as Rubina Dilaik became the one who lifted the coveted trophy.  Rahul managed to win a lot of hearts despite the rollercoaster journey that he has had in the show.

However, now that he is out of the show, he is with the love of his life Disha Parmar to whom he proposed when he was in the house. The singer asked her to marry him on national television and she also gave him her answer on TV as she appeared on the show on Valentine’s day. And now, the two seem to be having the time of their lives.

Disha took to social media as she shared some adorable photos from what seems like a celebration for the singer and she captioned the post as ‘My trophy is home.’