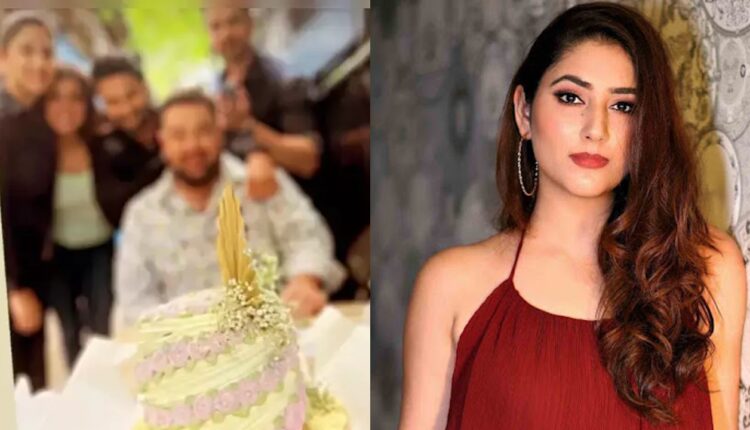 Ekta Kapoor’s show Bade Achhe Lagte Hain 2 is all set to witness a successful run of one year. Television actor Disha Parmar, who is currently essaying the role of Priya in the show, took to her Instagram handle and shared a glimpse of the early celebrations.

Disha shared a picture wherein everything was blurred except the cake. She captioned the picture as, “Did someone say it’s already going to be a year to BALH! Celebrations starting early.” Though out of focus Ajay Nagrath, Abhinav Kapoor, Piyush Sahdev, and Alefia Kapadia among others were also spotted in the picture.

Disha also the pic of a card that was sent by a fan. The card read, “Ram and Priya, Thank you so much for entertaining us through your outstanding act since August 2021 till to date. Wish you all the best and Goodluck. M Singh.”

Earlier during an interview, Disha shared that she was not keen on playing a mother in the show as it was too early in her career. She said, “I am too young and just got married last year in July. When the makers told me about the five-year leap and the decision for Ram and Priya to become parents, I had my doubts. I wasn’t sure if I wanted to play a mother so early in my career. Then I heard the script and the makers convinced me. The show is different and we don’t have dramatic scenes like other shows and a lot of hard work has gone into each scene. So, I decided to accept it and go ahead with playing a mother.”