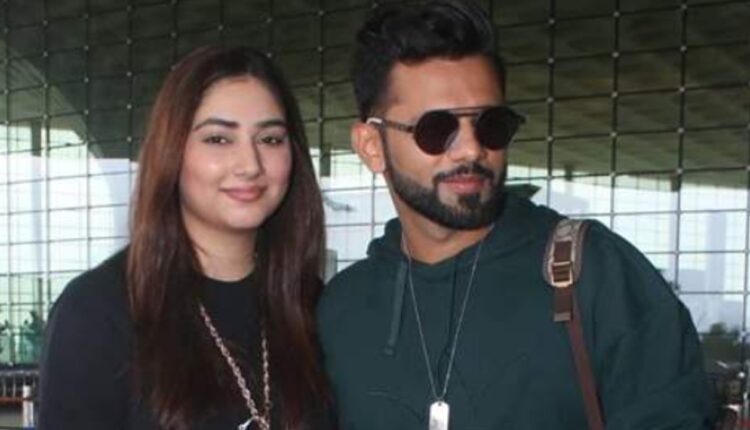 Disha Parmar and Rahul Vaidya took the vows on July 16, 2021, in an intimate wedding ceremony. Rahul proposed Divya during his stay in the Bigg Boss 14 house. Divya later came to Bigg Boss house as a guest and accepted his proposal. As we all know the lovebirds also got married later but their honeymoon was yet to happen. The couple was recently spotted at the airport heading for their honeymoon to the Maldives.

The couple kept it casual as they were spotted at the airport in the morning, and they also posed and smiled for the paps.

Soon after their marriage, Disha got busy with her show, Bade Achhe Lagte Hain 2, while Rahul was busy with the shooting of Khatron Ke Khiladi 11.

Earlier in a conversation with India Forums Rahul had mentioned that he is looking forward to their honeymoon, but little did fans know it would be right after the finale of Khatron Ke Khiladi 11. Talking about Khatron Ke Khiladi 11, the contestant that made it to the finale are Rahul, Shweta Tiwari, Vishal Aditya Singh, Divyanka Tripathi, and Arjun Bijlani.