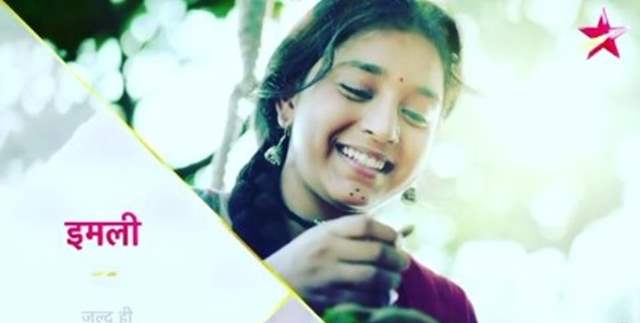 Did you watch the Promo of Gul Khan’s new show Imli yet?

Imli is on of the shows which comes from the finesse of Gul Khan. The makers of popular shows Iss Pyaar Ko Kya Naam, Ishqbaaaz, and Jaadu Hai Jinn Ka are ready to create magic once again with this new show titled Imli. It has already been reported in the media that Sumbul Touqeer and Gashmeer Mahajani will play the lead pair in the show.  Also, Mayuri Deshmukh has been roped in to play the parallel lead in the show.

Gul Khan, the producer of the shows shared the promo on her social media and the story is as interesting as it gets. The show feels like a breath of fresh air and can be the next big show on our TV screens.

As this show comes from Four Lions Films which is knownfor creating great shows on TV, it looks like we have a promising show in store. Four Lions Films has delivered memorable shows like Kulfi Kumar Bajewala, Ishqbaaz, along with its current running show Yeh Jaadu Hai Jinn ka, which is loved beyond measure by fans.

Have a look here:

Aniruddh Dave and Shubhi Ahuja all set to be Parents Soon