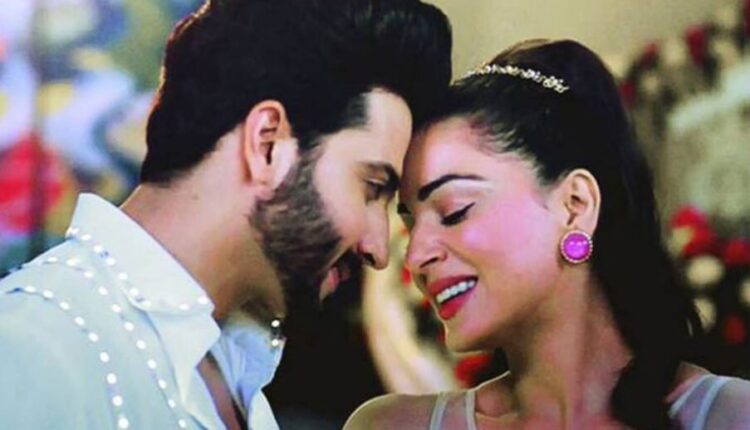 Kundali Bhagya is one of those shows which knows the game of acing TRPs. It has been on the top of the TRP charts for the longest time now and the jodi of Dheeraj Dhoopar and Shraddha Arya is one of the most adored one on Indian telly. These days, just like every other show Kundali Bhagya too is going through some changes and many new twists and turns have been brought in.  We have seen that since the time Pawan (Ankit Gupta) has entered the show, a lot has been happening in the lives of Karan and Preeta.

As the narrative will proceed, Karan and Preeta will be seen romancing each other . And how thrilled will the fans be to see the two dancing together. The couple will be seen grooving to the song ‘Aap Humari jaan ban gaye.’ Given the fans have been looking forward to some romance, interestingly, the choreography has also been done by the actors themselves along with some help.

Shraddha, while talking about it, says, “We were very excited to shoot this particular scene as we know how much our fans like seeing Karan and Preeta together. With the current track going on, where Mahira is hell-bent on taking revenge, this romantic dance will be a sort of relief and reassurance for #PreeRan fans that both of them deep down know that they love each other, and no external force can separate them. ”

She adds, ”Karan and Preeta grooving on a romantic song ‘Aap Humari Jaan Ban Gaye’. Even though the audiences might have to wait for a proper reunionDheeraj and I didn’t rehearse much and went with the flow of the song which has beautiful lyrics to it. Even we hope that the audience gets to see more such cute and romantic moments between us and they keep showering their love on us.”

What do you have to say about it? Drop your comments below.

Niti Taylor gives a sneak peek from her married life and it’s adorable!