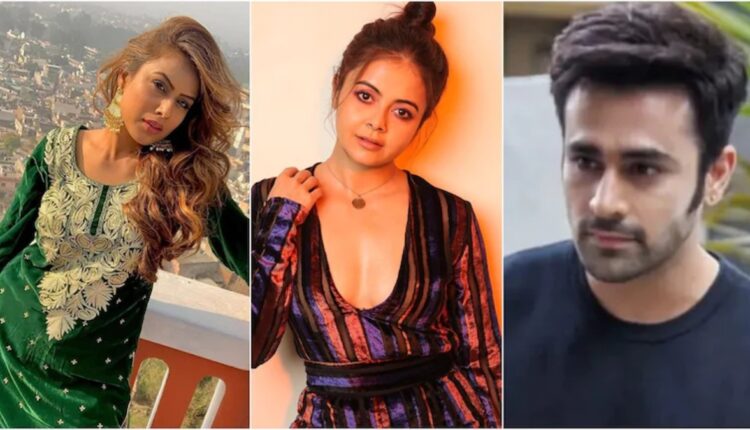 The Pearl V Puri saga is keeping everyone talking and there seems to be sides taken by everyone. There are some from TV fraternity who who are against Puri in the scenerio. And majority of them are vouching for him trying to emphasize that he can never do such a thing. Out of the select few who have slammed those supporting him, one is  actor Devoleena Bhattacharjee. She has criticized the celebrities who have extended support to Pearl V Puri amidst the controversy surrounding his arrest. The actor lashed out at the celebrities and asked them to go on hunger strike and much more to show their support towards Puri instead of sharing tweets on Twitter.

And now, Nia Sharma, who was amongst the ones who came out in support of Puri – has went on to express her opinion and lashed out at Bhattacharjee with her wit and sarcasm. Sharma tweeted, “Didi ko koi bata do dharna and candle march nahi kar sakte pandemic hai abhi bhi. Also Didi needs to  practice her dance before she makes those pathetic dance reels thinking she’s nailing them.”-

And to all the So called media portals where the hell i mentioned all the followers & celebrities shud go on hunger strike? Agar nahi dikha paaye na phir batati hun main.Waise hi kam dimaag waale bohot hai.I clearly mentioned to those who are abusing and cursing the little girl