Hai friends I’m back with another episode. Happy to know that you like this ff. Please keep supporting through your comments.

Its early morning. The calling bell rings in Bose house. Sona goes to the door in a drowsy state and opens the door

Prerna is shocked and: Vicky..tum..

Vikcy: There is something for you

He moves aside. Sona’s scooty is behind him

Vikcy: Yeah bhabhi..bhaiya asked me to pick it up from the office and give it here

Prerna is surprised to hear that

Vicky: Bhabhi will I get a chaii..its so freezing chill after yesterday heavy rain

Prerna: Sorry..I should have called you in and asked myself..come in

Asha has woken up and comes down hearing the voices

Asha: Arrey Vicky…welcome…what will you have coffee or tea?

Asha: Just 5 minutes..I’ll give you a mast tea

Sona: How will you get back?

Vicky: Its not more than my normal one

Elena too comes there

Elena: Arrey Early morning bhabhi devar chattering..by the wat what are you doing here at this time? 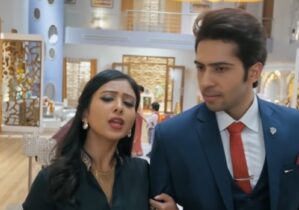 Vicky: I came to give bhabhi’s scooty

Elena: It doesn’t seem that you have that much concern..did Dev jiju send you?

Vicky: Hey!! how can you say that I don’t have concern..I didn’t know that bhabhi didn’t have scooty so I came on bhai’s insistence.

Asha gives him tea. He gets it and starts sipping it

Vicky: Actually bhabhi bhai thought that he will give it himself but suddenly he got a meeting so he sent me

Elena: Wow!! I wish the meeting hadn’t been there..jiju would have come..kyu Shona you too wish the same right?

Shona doesn’t reply but has a smile on her face.

Elena: Shona..jiju really cares a lot for you.. 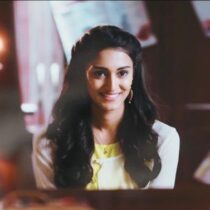 Sona pushes her and goes inside her room. She stands in front of the mirror.

Sona: Mr.Obodro is really caring nowadays…sss…Sona you are a fool..you called him like that in front of him…but he found it cute..heyyy ..

In sometime she realizes that its getting late. She grabs her towel and rushes inside the restroom.  The scene freezes.

The scene shifts to Dixit house. Dev is in his room working on his laptop. 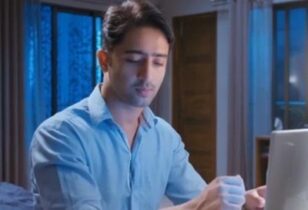 Dev: Maa..whats it? Why are you straining and coming here? You could have called me right

She sits near him and carcasses his head.

Dev: Maa you are great

Dev: Sonakshi is the best match for me 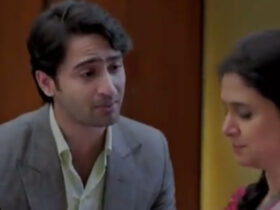 Ishwari gets very happy and kisses him on his forehead. The scene freezes.

Sona is going to cafe with her friend. She is shocked to see Dev with a girl there

friend 1 : Hey Sona that’s Mr.Dixit there right..and who is the girl there..

Friend 1: So the most handsome business tycoon is not single anymore 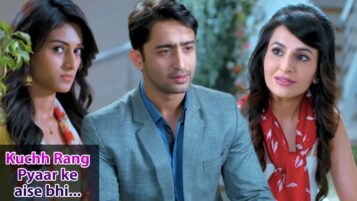 Sona in her mind: Who is that girl?

Sona gets upset and gets up to leave.

Friend 1: Hey Sona!! where are you going?

Sona: Maa asked for few things I will get it and go home. Already I got drenched in rain for past two days if I get drenched today too I will get sick

Friend 2: Okay..we will leave too.

Sona and her friends walk in opposite directions.

He comes to her . The girl too comes with him

Dev: Did you get your scooty?

Dev: By the way she is Natasha my new business partner Mr.Gujral’s daughter

Dev: Natasha she is Sonakshi my fiancee

Natasha: Dev you got engaged?

Dev: Not yet..engagement is fixed after 2 months

Her eyes show hatred for Sonakshi. 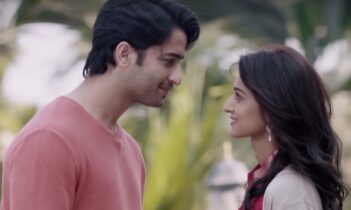 Sonakshi: You both continue I’ll leave

Dev: We are done with the deal talks.

Dev: Yeah its an official meeting. Its that inverter installation is going to prevent mishap like yesterday.

Sona too turns to leave

Dev: I know that you may feel uncomfortable that I drop you everyday but what to do you can’t afford to get wet. Or else you do onething go home with driver i’ll bring your scooty

Sona: You will get wet then

Driver Nelson: Sir I will bring the scooty home, you take mam with you

Nelson: Don’t worry mam. I know a shortcut to your house but its not safe for you to travel in that way so I will reach there fast before it rains

Dev: Nelson get her scooty quickly don’t delay. It may rain anytime. Sonakshi come with me.

Dev and Sona get into the car. The scene freezes.

HEY GUYS DO TELL ME YOUR VIEW ABOUT YOUR VIEWS ON THIS EPISODE IN THE COMMENTS BELOW. i’LL MEET YOU WITH NEXT EPISODE TOMORROW.