Hai friends i’m back with another episode today

Dev and Sonakshi are in the car 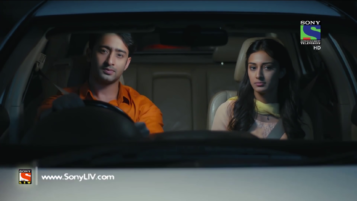 Sona: Can I ask you something?

Dev: Do you need permission for that?

Dev: Ask me whatever you want to ask

Sona: How did you know that I like orange..as far as I remember I didn’t tell you

Dev: Actually I didn’t know what to wear so I checked your social media profile profile to know what you like

Sona turns to leave. Dev holds her hand and stops her

Dev: I have dropped you here many times ..though I always wanted to say this i didn’t say it till now..whenever you get down from this car I felt that a part of me is leaving…I didn’t know why but now I have realised that this is love.

Sona: Dev just a matter of few months then you won’t have to drop me home but will have to pick me back to home

Dev: Its late I won’t hold your time for long go and sleep

Sona: I don’t want to sleep and waste my time

Sona: Atlast my fairytale love is happening and how will I waste it?

Dev nods and Sona gets off the car and waves at Dev as he leaves. The scene freezes.

Its next morning. Ishwari is lying in her room. Radharani comes inside

Ishwari [ in a tired tone]: Nothing much bhabhi

RR: Subah subah you will be the first to wake up..today you are lying down

Vicky comes there too

Vicky: Maa what happened to bua?

Vicky goes out and: Kichu…..kichu…

Dev is coming down the stairs…. 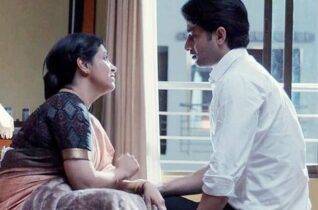 Vicky: Bhai…bua is having high fever

Dev: Maa you never take care of your health..now see

Nikki: When we have a family doctor why should we go to hospital

Sonakshi is still in bed when she received the call. She jumps when she hears the phone ring. 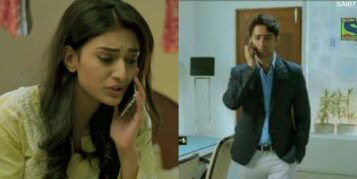 She senses tension in his voice

Sona: Dev is everything alright? You seem tensed

Dev: Sona Maa has fever..temperature is too high..should I take her to hospital?

Sona: No need I’ll be there in sometime

Dev: Am I disturbing you?

The call ends. The scene freezes.

Sonakshi reaches the Dixit house. She is taken to Ishwari by Vicky. Dev is holding Ishwari’s hand and is sitting near her

Ishwari sees Sona and: Arrey Dev why did you disturb her for this?

Sona: Maa..sorry…Auntyji there is nothing to disturb in this

RR: Arrey Sona beta why are you telling sorry for calling her maa…you should actually call her like that.kyun jiji

Sona sits near her and checks her temperature.

Dev: Sonakshi if you say we can shift her to the hospital

Sona: Dev..I just said temperature is high..its not serious to admit her..I’ll prescribe few medicines if we give her she will get alright

Sona: Dev…if we take her to hospital we will do the same and she will get exposed to infections there and may develop complication. Its better that we takecare at home

Dev: Okay as you say

Dev makes a puppy face. Vicky and Nikki laugh between themselves seeing how Dev agrees to Sona

Dev: Sonakshi I’ll tell manager sir that I won’t come to office today..you stay with maa till I come

Dev: Maa I’m going to be with you and take care of you today

Ishwari: Sona beta you have changed Dev so soon..thank you

Sona: Arrey au..sorry sorry Maa..I didn’t do anything..its Dev who is doing it..its his love for you making him like that

Ishwari: But its you who has brought his love out

Sona: Okay you want to give me credit I’ll accept it..but maa you must take medicines on time.

RR: Sona beta till you come here I’ll take care of that then you take the responsibility