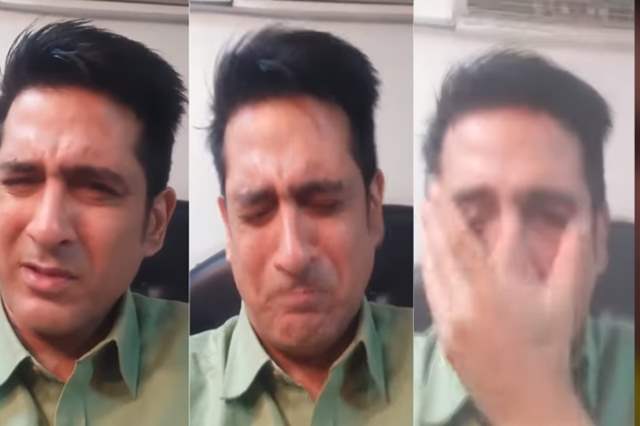 The untimely demise of actor Sushant Singh Rajput continues to make the fans sad as they all wait for justice to be served to him. But it cannot be denied that the recent passing away of telly actor Sameer Sharma has also surprised one and all. After Sushant passed away, Sameer took to his social media account to post a very inspiring post about mental health and him taking sucha drastic step was not at all expected.

The actor was found dead at his Malad residence and while it is currently suspected to be suicide, the investigation is still on. While, several of the actor’s contemporaries have come forward to express their shock and sadness on the same, a recent crying video of the deceased actor is now going viral. In the video, apparently Sharma can be seen talking about a client who asked him to repay the money. He further mentions that all his belongings including his watch, pants and shoes were taken away from him. Soon after that, he bursts into tears and the video ends.

Even though the place where the video is being shots looks like a vanity van and there are chances that this video might just be a practice run, but it’s sending chills down the spine of fans.