Choti Sardarni brings a story of Meher, who will be fighting for the rights and safety of her child. The story set in a small village brings the struggles of Meher. Her mum Kulwant is the Sarpanch of the village. Meher is very kind-hearted and completely opposite of Kulwant. Meher is in love with Manav. She is pregnant with his child. She looks ahead to marry Manav. She gets a major shock with Manav’s untimely death. Meher’s marriage dreams and a future with Manav get ruined. Kulwant gets Meher married to a sensible and sorted person, Sarabjeet. He is a widower, raising a child alone. Meher and Sarabjeet embark on their new journey, while knowing each other and falling in love. Meher transforms into a strong individual by Sarabjeet’s guidance and support. She becomes an extraordinary personality, a Choti Sardarni. 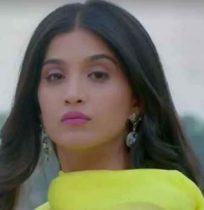 Meher:
Meher is very much honest. She is well cultured. She speaks her heart out. She doesn’t believe in concealing things. She is independent and strong. She is fearless like her mother. She isn’t scared of the society’s thinking and troubles. She has her own perception. She has her set of ethics. She is sincere towards all the relations of her life. She has good relatable qualities. She likes being herself and has no regret over her decisions. She believes in women empowerment. She wants to do good for the country people. She is very charming Sardarni. She becomes an admirable person. She doesn’t let her emotions weaken her. 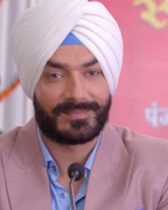 Sarabjeet:
Sarabjeet is an ideal guy with perfect values and balanced life. He has an amazing personality. He believes in doing good. He stays honest in his approach. He is a single parent, and a widower. He is clean-hearted and a respectable man. He has attained a lot in life. He is still down-to-earth. He impresses people by his righteous decisions and composed behavior. He is an Agricultural minister. He wants to bring new technologies to the village to benefit the farmers. He works for the development of the village. 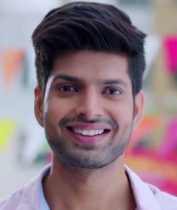 Manav:
Manav is a simple guy belonging to a middle class family. He is fun loving and spreads smiles. He respects women. He works at a local Dhaba. He is in love with Meher. He wants to marry her and have a good future with her. Manav is a positive person. He encourages Meher to deal with the life’s unpredictable situation. He always makes Meher strong by his inspiring behavior. He can’t tolerate anyone’s sorrow. He is very helpful in nature. He feels fortunate to get a lover like Meher. 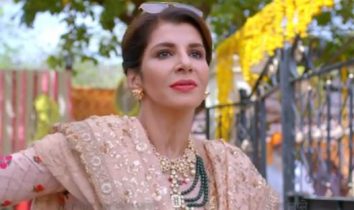 Kulwant Kaur leads the village as the Sarpanch. She is fearless and dominates the people. She takes her own decisions and wants things her way. Her daughter Meher is a sweet and simple girl. Kulwant slaps the engineer when he delays the work and makes excuses. She drives the road roller on her own and makes sure that the road construction completes. She asks her sons to click her photograph so that everyone knows her good work. Meher’s family is introduced. Meher prepares for her nephew’s function. Meher loves her nephew Yuvi. She gets busy in the function arrangements. 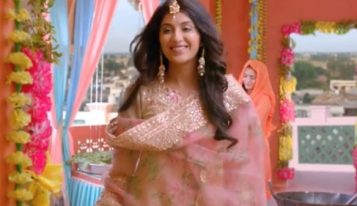 Meher and family bless Yuvi during his turban tying ceremony. They get the family pictures clicked. She invites the poor people home for feeding them a feast. Meher upsets Kulwant for a while. Meher’s brother manages the matter. Meher misses her dad a lot. Kulwant gets too angry on Meher. Kulwant keeps her high contacts so that she gets a ticket in the elections. She learns that Sarabjeet will not give her a ticket for money. Sarabjeet is a sincere politician. He just supports the people with good hearts and intentions. He wants to support selfless people who aim to do good work for the village. 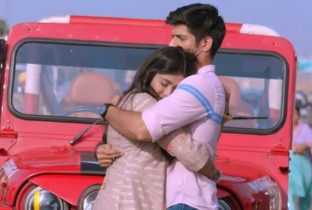 Meher also knows Kulwant’s aim to meet Sarabjeet Singh and convince him for the election. Kulwant then realizes that Meher’s deed can be beneficial for her elections dreams. Meher’s kind efforts work as a strategy for Kulwant. Meher gets applauded by Kulwant. She gets happy that her mum loves her so much. Kulwant and Meher share a great bond. Kulwant showers affection and care on her. Kulwant wants Meher to marry a wealthy man. She dreams big for her daughter. The reality is something else. Meher loves Manav. 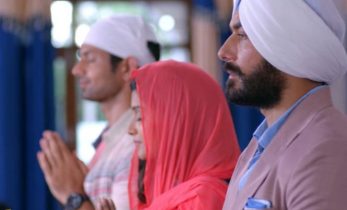 Meher goes to the Dhaba to meet Manav. He works as a cook in a Dhaba. Kulwant finds Sarabjeet a perfect match for Meher. He leads a political party and works for the welfare of his village. Meher doesn’t want to marry Sarabjeet. Meher and Sarabjeet’s destiny gets connected. Meher and Manav spend some good time together. Manav surprises her by telling her that he is planning a home for them, so that they can live well after marriage. 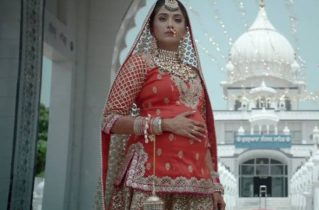 Nimrat Kaur Ahluwalia looks perfect as Meher. She brings fresh appeal in her debut show. Avinesh Rekhi as Sarabjeet is fairly justifying. His character will be opening up in the coming episodes. Anita Raj and Hitesh Bharadwaj play the supporting roles. The characterizations are beautifully sketched. The colorful costumes, village setup, Punjabi highlights and bright locales are nicely woven into the story. The show brings the subject of women empowerment by putting light on unwanted pregnancy and societal issues regarding a child out of wedlock. The show is interesting with a different fresh story only because of the wonderful bond between Meher and Sarabjeet. Meher’s character growth will be seen in the coming track. Meher’s character is multi-layered. Her dynamic personality is the USP of the show. The entire cast play their roles effortlessly. The show makes a good watch.

A promising show from Colors Channel. A good family entertainer with intriguing elements of family drama and romance.