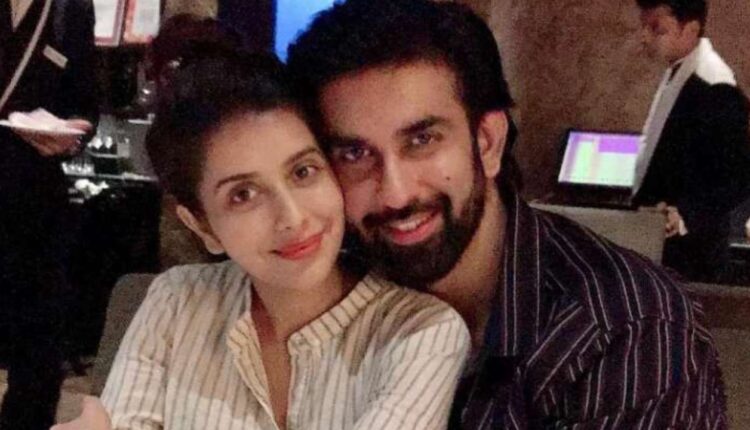 Charu Asopa and Rajeev Sen who tied the knot three years ago have been having problems in their marriage for a long time. The couple fought, separated, and then got back together eventually. However, this time around, it seems like things have reached a dead end and the couple has decided to part ways.

Charu talked about her decision to separate from Rajeev during a recent interview with BT and shared that she sent a notice to him on June 7 seeking to part ways amicably, but he replied with another notice leveling accusations against her.

She added, “I didn’t want to talk about the problems in our marriage, but I have been forced to talk about it now because Rajeev is spreading lies about me, which is damaging to my reputation. Yes, we have taken the legal route to end the marriage and I initiated the process.”

Charu also shared that their constant fights and reconciliation weren’t a publicity gimmick. “Everyone knows that we have been having problems in our marriage for the past three years since the time we tied the knot. But I kept giving him chances. Earlier, it was for me and then for our daughter, Ziana. Par woh ek chance dete dete teen saal kab nikal gaye mujhe kuchh pata nahi chala. He has trust issues and I can’t take it anymore. I sent him a simple notice asking for an amicable separation, as there is nothing left in our relationship. I want to part ways because I don’t want my daughter to grow up in a toxic and abusive environment. I don’t want her to see people hurling abuses at each other,” she asserted.

When asked about the allegations that Rajeev has leveled against her she replied, “He is claiming that he didn’t know about my first marriage! Not only did he know about it, but also appreciated me for moving on from my past and making it on my own in Mumbai. My first marriage happened in February 2007 when I was just 18 and we separated in November 2016 owing to compatibility issues. Rajeev has accused me of being a bad mother as he doesn’t appreciate me posting Ziana’s pictures on social media. He says nazar lag jaati hai. I am not superstitious like him and don’t want my daughter to be exposed to such a mindset.”

She added, “I stopped working because Rajeev wasn’t too keen on it. I was told that our problems would get resolved if I quit working for some time. However, that didn’t happen. I gave Rajeev many chances, but I am done now. He has never been available to us. I was mostly alone during my pregnancy. Ek chance dete dete ghada bhar gaya hai, but I have to think about Ziana now. There is no returning from this point, as there is nothing left in this marriage. It has affected me badly and taken a toll on my health. I genuinely loved him, but I have realised that he isn’t the man I loved and that hurts a lot.”

The actress is upset with her own family, too. She says, “I had a fallout with my mother and sister during my pregnancy. While Rajeev had supported me back then, today, the three are standing together against me. Rajeev is using my mom and sister against me. I have to work for my daughter. I want her to have a normal childhood despite not having her father around.”

In another interview, Rajeev also talked about it and shared what went wrong between them. “Lack of trust and communication, ego clashes, childlike fights and a lot more… Practically no one barring those from her hometown, Bikaner (Rajasthan), knew about her first marriage. It was a secret kept hidden from us. So, this came as a shock to me, and it shook me up badly… three years of marriage and I had no clue. I understand it was her past, but she should have at least told me. I would have accepted it with respect if she would have told me about it before getting married.”

When asked about Charu’s accusation of not being available to them as a husband and father he replied, “Strangely, when I take her for holidays, the husband becomes the most valuable thing for her. When the holidays end, she suddenly feels that her husband is not available for her. I wish Ziana could speak for herself, then she would have answered how much her father loves her, how much she loves me and whether her father is available for her. As long as she knows, the rest don’t matter. Also, I think in today’s day and age, it will be foolish of anybody to trust someone blindly. The world is changing, and it only understands the language of money and power.”

He added, “Whatever Charu is today it is because of her mother, who has been a strong support system right from her struggling days in Mumbai as an actor. I hope sense prevails and she gives her mother the due respect she deserves.”