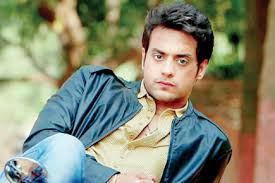 Brahmarakshas – Jaag Utha Shaitaan on Zee TV captivated the hearts of the audience.

The series was loosely based on fantasy thriller film, Jaani Dushman and the western fairy tale, Beauty and the Beast. It was a bi-weekly show and was helmed by Balaji Telefilms.

The show narrated a tale of Kamalpur’s wealthy and kind-hearted landlord Sanjay married his love Aparajita. On their wedding night, she betrayed and killed him for his wealth. Attacked by a gorilla, Sanjay became Brahmrakshas in a place known as Asursthal. He loses his cool whenever he sees brides with bridal jewellery and vermilion, killing them as it reminds him of Aparajita.

The show is one of the biggest hits in Zee TV and for Balaji Telefilms in 2017 era. Also, the show maintained numero uno position within first few weeks of its launch. Krystal D Souza earned a high following because of this work.

We now hear that the show will apparently come back with a season 2 and this time, Gaurav Bajaj will play the protagonist.

Gaurav Bajaj is known for his role in Piya Rangreez.

Gaurav Bajaj is last seen in Meri Gudiya opposite Alisha Panwar. That show was close due to Covid-19 outbreak