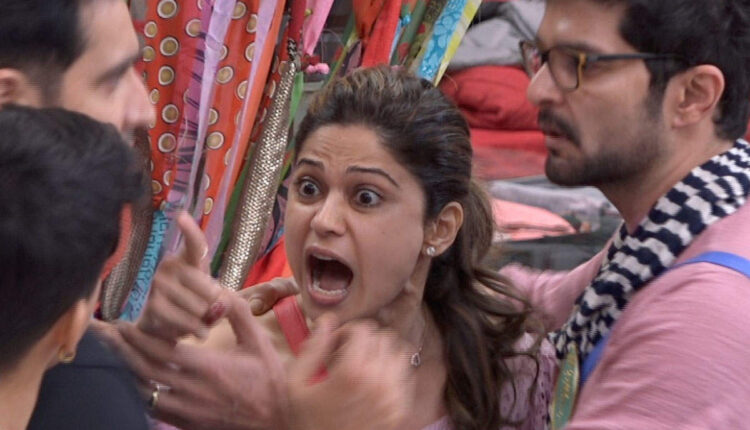 Bigg Boss OTT has constantly been in the news for all that has been happening inside the house. The fans of the show and contestants are expressing their views on social media and currently, a lot of them seem to be against Shamita Shetty.

Shamita who has been in the news for her “connection” with Raqesh Bapat is facing a lot of heat from the Netizens who believe that her behavior with Rubina Dilaik and Nikki Tamboli, during the Sunday Ka Vaar episode was rude and disrespectful. Along with Shamita, Neha Bhasin is also being trolled for her behavior with the guests.

The Netizens were already furious because of Akshara’s eviction along with Millin Gaba. They were calling it unfair eviction. Now they are even more furious after witnessing the Sunday Ka Vaar episode. Some are also supporting Nishant for schooling Shamita during their recent argument.

Here are some tweets about Shamita and Neha:

she is something different!

Shamita: Nishant you have an opinion about everyone and everything in the house.

Umm, shamita that's what the show is about. You are playing for the second time you should know this much. #BiggBossOTT #NishantBhat pic.twitter.com/zBChW3zc7k

I'm not a fan of #NikkiTamboli
Or #RubinaDiIaik but the treatment given to them by Shamita and Neha was just wrong.

Guest aaye hai, calling them haramjade & walking away before they leave is just disrespectful.#MooNish🌙 #BiggBossOTT

Bigg Boss OTT is just 2 weeks away from its destination after which Bigg Boss 15 will go on-air.