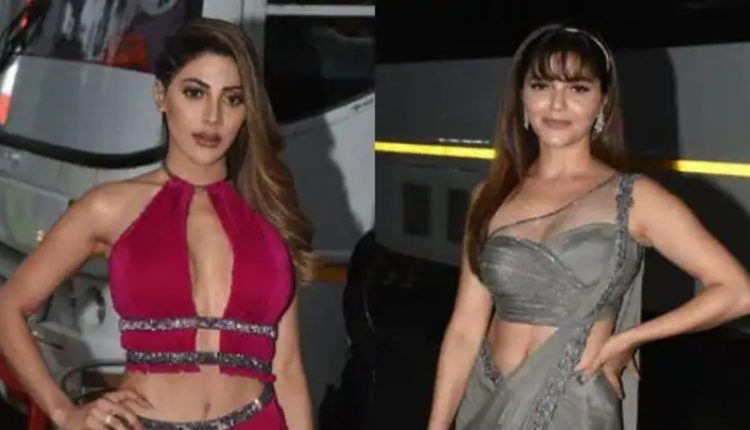 Bigg Boss OTT: Nikki Tamboli wants to pair up with Pratik Sehajpal while Rubina with Raqesh; former says ‘We both are single’

The latest Sunday Ka Vaar of Bigg Boss OTT  witnessed the presence of Bigg Boss 14 contestants Nikki Tamboli and Rubina Dilaik.
When host Karan Johar asked them about their favorites. Nikki expressed her liking for Pratik Sehajpal and said, “Pratik is hot, cute, and most importantly single. And I am also single. So who knows we might connect.”

While Karan offered to pass on her message to Pratik, Nikki said that she can do it herself. Rubina added to the conversation saying they should do a mash-up of BB14 and BB15 so that Nikki participate again with Pratik.

Nikki confessed that she fell in love with Pratik after she saw Pratik play and fight so fiercely in the first week. However, she also mentioned that he is not seen much in the game now.

Rubina was also asked who she thinks she could pair up with. She names Raqesh Bapat because of his intelligence and his nature.

When Rubina and Nikki entered the house, Nikki actually told Pratik that she is in love with him. She even asked if he is single.

Along with Nikki and Rubina, Ronit Roy and Richa Chadha were also seen on the show as guests.