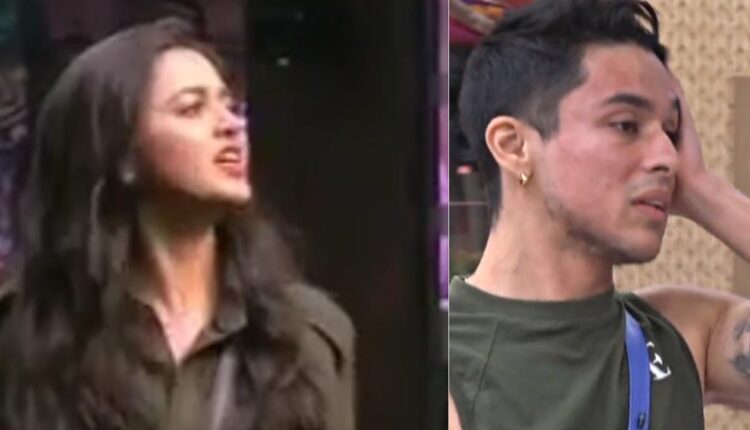 The upcoming episode of Bigg Boss 15 is going to be high on drama and action. As seen in the latest promo, the non-VIP members will be seen getting into massive fights where Karan Kundrra and Pratik Sehajpal will be once again at loggerheads.

In the promo, Pratik Sehajpal tries to confront Karan after he apparently gets physical during the task. Tejasswi comes to his support and defends Karan. While doing so she also accuses Pratik of inappropriate behavior. She says, “Kholu main apna mooh, task mein tera haanth ladkiyon ko kahan kahan lagte hain. Thappad tak pade hue hain.” Later Pratik was seen crying because of her remarks.

Karan defends himself by asking him to check the cameras and see if he kicked him and also challenges him to break his head if he can. Pratik was seen in the promo crying and saying, “Mere ko rona aa raha hai, kya karoon and to what extent can this go? I just want to know that.”

His friend Nishant also gets emotional seeing him in this state and later cries in front of Karan. He says, “We all have lost it on the show.” Karan tries to console him.

Read Pratik’s sister Prerna’s reaction to this incident by clicking on this link.