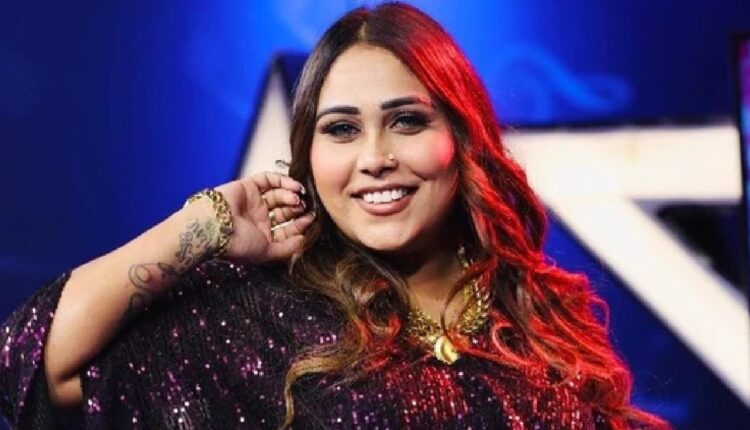 Bigg Boss 15 contestant Afsana Khan who was recently evicted from the house after she had a panic attack talked about the experience in the Bigg Boss 15 house in a recent interview with India Forums. Talking about the love and support coming her way, Afsana shared, “I feel good that the way I was inside the house, and given the way they ousted me spoiling my image, I think what I consider as my biggest win is that the world is standing up for you, the world that can bring you down and the same people who bring you up.”

Talking about her equation with Shamita, she shared, “When there is a captain in the house, they assign duties, etc., and think of it, when Umar Riaz was the captain, I was standing with him, and I did my work. No one can cheat and just get their way through because I told him that Umar will become captain and I stood by him. People in the house were like Afsana has been simply cleaning the bedroom area so shift her to the bathroom and I said that no work is big or small, I did everything that I was supposed to, and I believed in keeping the area I am in cleaned. I did all kinds of work, and Afsana is doing her work, yet you have to fight. Shamita always used to try to get to me and instigate fights.”

She added, “When Umar took Tejasswi, Karan, and Nishant in the VIP room, I did feel bad, and though we went from the jungle inside together he was not happy in the VIP zone looking at me being alone. He wasn’t happy from the inside and he did want me inside. He came in other people’s words and took Nishant. I told him don’t take your competitor inside and if there is a time when I have to step down, I will come out and leave you inside the house.”

“Everyone was taunting me that why is she not saying but I was rather stumped because you did so much and yet, you are left behind and then the next day too, was a difficult task. Umar assured everyone that he will bring Afsana here and then they agreed that okay, but the last decision is of the sanchalak and when Shamita and Rajiv came to know that Afsana is about to go there, they tortured me a lot and you have seen the condition in the house, that’s how they behaved with me. What is someone supposed to do in such a situation when they are alone. And then eventually what happened happened. Jay, Neha, Shamita, and Rajiv really tortured me a lot and I will never have nice things to say about them. And that round where they tortured me wasn’t shown. I don’t have any qualms about being out of Bigg Boss but I am very angry with those people and it will always stay with me”, she said.

When asked who would she want to say in touch with, Afsana replied, “Umar is my favorite, I don’t know how will he be outside, it’s okay he didn’t take me to the VIP zone, but he is a nice person and we shouldn’t forget how they are. Karan is also good, he has said things but the show is such. So these are the two people I will stay in touch with.”

Ask her if she will go inside the Bigg Boss 15 house again and she says, “I will think about it, Saajz is not very ready for it and he said how he is not okay with seeing me like this. We have been asked for Khatron Ke Khiladi too. They did not let him quarantine with me before my entry also, and I told them that I will bear the expenses if they don’t have the budget. I had also quit because of the same reason but they called me back. When I picked the knife, Bigg Boss could have called me inside and explained things to me. But when Simba pushed Umar, not enough was spoken about it but when I said things to Shamita, it was turned into such a big issue.”

Udaariyaan: Anju Kapoor to make a comeback to the show, but with a twist