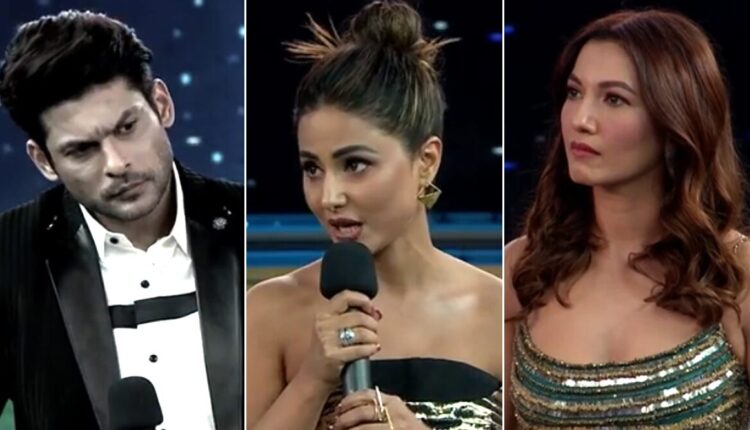 We all can see how intense Bigg Boss 14 has already got. The contestants are fighting as if they are fighting for their life and seniors are leaving no stone unturned to wage the wars amongst the housemates. And owing to all this, it looks like the makers of Bigg Boss 14 aren’t going to let Hina Khan, Gauahar Khan and Sidharth Shukla leave the show so early.

The social media however, looks very divided when it comes to the presence of senior Bigg BOss contestants in the house, guiding and manipulating the newcomers in their own way. All of this has, albeit shown a good effect on the TRPs. And it also looks like  the entry of new contestants Pratik Sehajpal, Shardul Pandit and Naina Singh has been postponed by a week. We guess people shipping #SidHina and #SidGo will get more content.

Sidharth Shukla has been one of the most discussed winners of Bigg Boss 13 ever. The handsome hunk’s stay was one of the most controversial ones inside the house. But fans loved his ruthless attitude, logic and I don’t give a damn attitude. This season too he is doing the same reckless thing and well, Sid fans are loving it again. Gauahar and Hina are mild but experienced. The space is for newbies, not seniors. We have to see how this affects the game in the coming days!

What do you say? Should seniors stay?