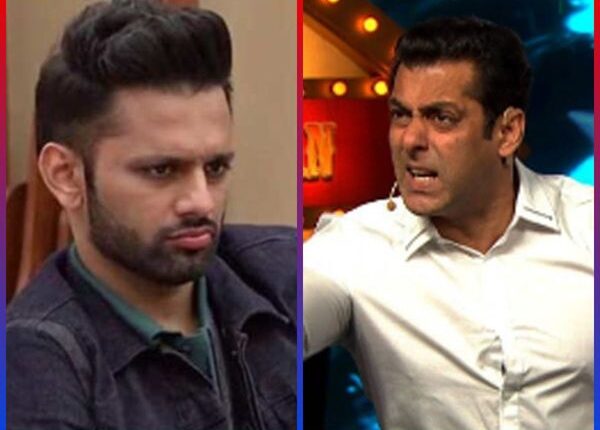 Bigg Boss 14 is becoming more and more popular with every passing day. As we know the fights have become intense in the house and the dose of entertainment is getting more and more powerful. Since 2 days we have seen how Eijaz KHan and Kavita Kaushik are at logger heads. The same went on yesterday too and then for the nominations, even though EIjaz recieved a favor from Kavita when she heloed him come out of red zone, he didn’t return the favor.

We now know that Rubina Dilaik, Nishant Malkhani, Kavita Kaushik and Jasmin Bhasin are all nominated this week and this is also the first week actually where voting lines are open for viewers to vote.

Today as we know Salman Khan will return in the weekend ka vaar episode and he is too good in schooling the contestants. He will be seen in his avatar where he puts some sense into everyone’s head. Expected issues will be taken care of – which include Rahul Vaidya’s Nepotism comment and also Jasmin Bhasin’s outburst towards Vaidya.

On one hand, Khan will reprimand Vaidya for his nepotism comment towards Jaan Sanu and further even make him realise how this ins’t the platform to raise that. On the other hand, Jasmin too will get a lesson because she said some things to Rahul in the task which will be pointed out by Mr. Khan.

Amidst all this, Khan will also slam Rubina Dilaik for all her comments during Bhasin’s talk.