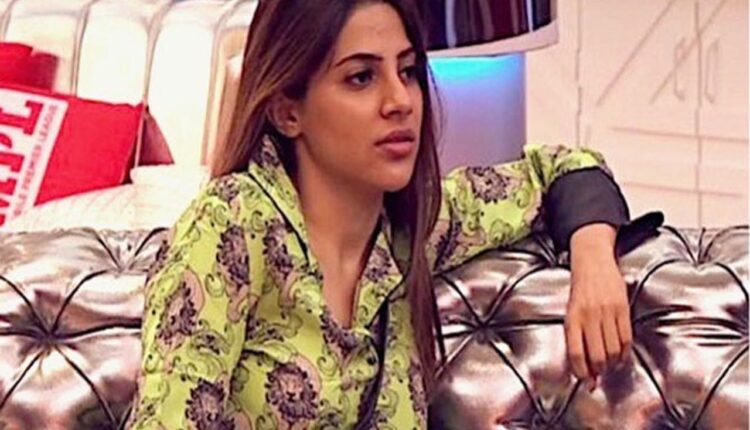 Bigg Boss 14 has already become an akhada with clashing opinions and consistent fights between contestants. The show has started grabbing eyeballs and controversies have begun to stir. As we know the contestants of this season have come with a TBC (To Be Confirmed) tag. Yes and these people will have to remove this tag from themselves and be confirmed.

The Toofani seniors, Sidharth Shukla, Hina Khan, and Gauahar Khan are adding to the troubles of these newcomers and well, what is created is super entertaining. They will be deciding which contestants will be confirmed after two weeks. Everyday, we see NIkki Tamboli planting bombs everywhere and getting into arguments for no reason at all. BUt today, she will become a reason for everyone cracking up.

A new promo released where we saw Nikki Tamboli entering the bedroom with boxers in her hand. Pavitra Punia, Jaan Sanu, Hina Khan, and Nishant Singh Malkani are in the bedroom resting. Pavitra asks Nikki whose boxers were these. Nikki tells her that they are her ex-boyfriend’s boxers and says that she will steam iron those and wear. Hina Khan says that Nikki is a mad girl.

Jaan Sanu says that on national television a girl is steam ironing her ex-boyfriend’s boxers and Nikki Tamboli says that what’s wrong in it. Jaan Sanu jokes and says that I am very happy and this is a proud moment. Boxers will also get respect from now on and their standards are up now. Pavitra Punia laughs and says that theses boxers will be auctioned.

Are you too lauging?