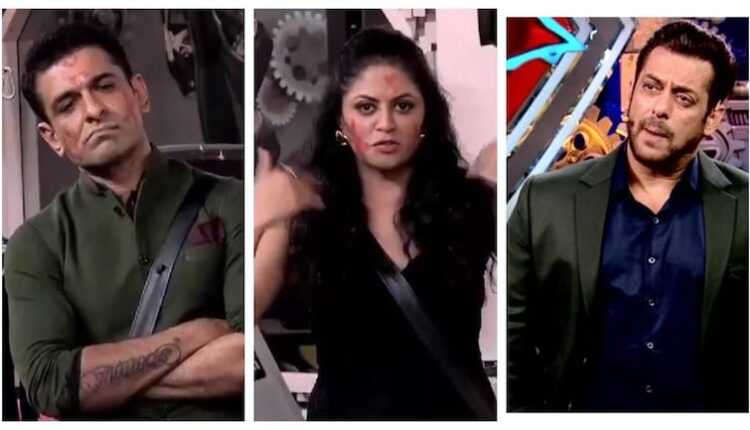 Bigg Boss 14 is now climbing the charts and is giving it’s fans the masala they need. This Weekend Ka Vaar episode was a very entertaining one where we saw the contestants visiting all the emotions. We saw love and war both and we loved every bit of it.The blistering appearance of Shehnaaz Gill got so much love from the fans that she was everywhere on the social media. There were many shows which defined yesterday’s moments and one of them was the ugly fight of Kavita Kaushik and Eijaz Khan.

While Salman clearly sided with Eijaz on the matter, the netizens too supported him. People are continuing to offer support to Khan and slamming Kaushik for her comments.

While some have shared the videos and expressed just how upset they are after Kavita’s stint, many have also come out in support of Eijaz for keeping his demeanour and not reacting.

Check out some of the Tweets here:

After all this, for my surprise this evil women #KavitaKaushik had the audacity to go and do her makeup while #EijazKhan was out standing heartbroken! I hope such people are never born again!
EIJAZ you’re a rockstar!🔥🔥#BiggBoss14 https://t.co/SBpeSy5nqw

#KavitaKaushik is definitely not a personality to get evicted in just a week.
Also what did #EijazKhan say so objectionable that KK went ballistic after him ?
Is there more than what meet the eyes ? Planted ? But why ?#BiggBoss14 #BB14

Chee yaar what is #KavitaKaushik saying 😮😮

Who do you side with? Do you think it was insensitive of Kavita to bring the topic? Is she being really selfish or is she justified in her stance? Do let us know by commenting below.