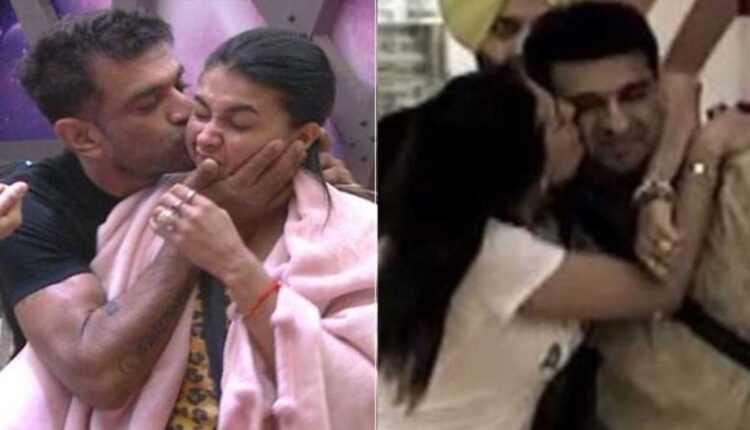 Bigg Boss 14 is making to the news every single day. The show is keeping everyone hooked on with constant masala which is being served to the viewers. And now it seems like every other year, the show is slowly slipping into a controversy. The show has managed to grab the attention of political parties for various reasons. As per the reports a notice has been reportedly sent to the production house stating how the promo that sees Eijaz Khan and Pavitra Punia kissing each other was intentional.

As per TOI, Dilip Rajput, Vice President of Shree Rajput Karni Sena has written to the makers saying, “Recently Eijaz Khan was spotted planting a kiss on Pavitra Punia’s cheeks. Kissing promos of the show was trended and promoted by Colors TV. We underline that the show is promoting vulgarity and is hurting the social morality of the country. The show is against the cultural ethos of the country and highly objectionable and intimate scenes are part of it. This reality show is encouraging and promoting love jihad which is highly unacceptable. Hence we strongly demand to ban Colors TV reality show ‘Bigg Boss’.”

In addition, the notice has also stated how if the show is not censored, there will be consequences and the Karni Sena will protest against it. Earlier, it was after Jaan Sanu’s statement regarding Marathi that had irked the group and later, he was made to apologize for his statements.