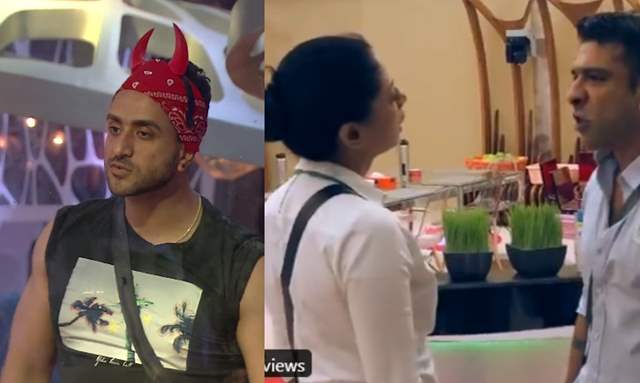 Bigg Boss 14: Aly Goni decides what to do with Kavita Kaushik’s violence!!

Bigg Boss has a strict policy for no violence but over the years we have seen many contestants breaking this rule and getting punished for it. The consequences have been severe and they face it all. One such incident happened in the Bigg Boss 14 house recently where Kavita Kaushik and Eijaz Khan were at loggerheads and Kavita when Kavita got enraged to her tipping point. The two have had multiple fights inside the house and this time, she went on to push him, which did not go down very well with Khan as well as Bigg Boss.

In tonight’s episode we will see that Aly Goni, the current captain of the house, is called to the confession room and is asked to either give them a strict warning or take an action. Aly then decides to oust Kavita from the race for captaincy and since she is already nominated, it only means that she will continue to be nominated this week as well.

The game for captaincy is quiet interesting too and we will see Rahul Vaidya and Rubina Dilaik get into a heated argument. Rahul will express his desire to be the captain. Rubina Dilaik also expresses her wish of becoming the captain, and during the task, both the contenders get into a war of words. On the other side, Jaan Kumar Sanu is heard saying that he will spoil Rubina’s game.

Rubina is seen standing and Rahul Vaidya is seen lying near her feet. To which, the Shakti actress says that at last, he fell on her feet. The singer says, in the end, King is King, nothing changes.

Abhinav Shukla intervenes between their fight and tells Rahul that he has opened his ‘gutter’ (mouth) now. Rahul gets angry and asks Rubina that where has she got this low-budget lawyer, who opens his mouth everywhere.

This comment of course will irk RUbina beyond measure and what will happen, we can only imagine.

Who do you think will make it to the cut as the captain this week?