The episode starts with Bondita saying to Arun, “See, I’ve brought Arunima. You wanted this only, right?  Now please please spare my children.”

Arun laughs like a devil and says, “Soooo, finally you came.  Very good job Barrister Babu Bondita Roy Choudhary! I’m happy that you didn’t play any game this time I knew that you won’t be able to defeat me. After all, I am Arun Patnaik.  You know what, I’ve killed so many girls and I’ve also sold hundreds of girls.  Arrey, these girls are destined to this only.  Aaannnddddd… Yeah, I’ll surely spare your children; but before that, handover this Arunima to me.  I’ll get a very good amount of money by selling her, now my life will become luxurious.” Saying this, Arun starts dreaming about the luxuries in his life.
Breaking Arun’s dream; Bondita says, “I’ll handover Arunima to you; but before that, I’m having a very special gift for you.”
Arun :  “Gifttttt???  What gift????!!!!!”
Bondita :  “Just close your eyes and forward your hands, your gift will be in your hands.”
Confusingly, Arun closes his eyes and forwards his hands towards Bondita.  On Bondita’s sign, the police inspector comes out of his hiding place.  Then the inspector locks Arun’s wrists with handcuffs and says, “Mr. Arun, you’re under arrest for killing and selling innocent girls; & also for blackmailing Mrs. Bondita.”
Arun’s breath stops for a moment after hearing the words of police inspector.  He realises that his bad deeds are exposed.  Arun tries to run away, but the police officers surround him from all sides.  Arun gets scared.
Bondita laughs and says, “What did you thought haan??  Bondita will get trapped in your words soo easily????  Huhhhh, you were wrong.  How dare you say such worst things about girls???”
Arun screams, “Bonditaaaaaaaaa…… Youuuu deceived meeeee…. It’s consequence will be very bad.  You’ll have to pay for this.”
Bondita :  “Shut up!  Don’t try to threaten me.”
In the mean time, Anirudh suddenly wakes up.  He gets tensed after seeing that his Bondita isn’t there beside him.  Anirudh searches for Bondita everywhere in Roy Choudhary Haveli, but Bondita is nowhere to be seen.  Anirudh says in an emotional voice, “My Bonditaaaaa…. Where are you???”   All of a sudden, Anirudh sees a letter📃 near his pillow.  Anirudh opens the letter and reads it.
On the other side;  Arun says, “If you had to do this only, then why you did that drama of being helpless??????”
Bondita :  “Ohhhhh… that drama?? That was just to divert you and your foolish men.  If I hadn’t done this acting, then you wouldn’t have got exposed in front of everyone.”
[Bondita recalls trying to sleep in her room at night.  But she isn’t getting sleep.  Bondita looks at Arun’s men through the window and she says, “Ahhhhhh…. Because of this dilemma, I’m feeling very stressed.  Let me go to the garden to breathe some fresh air.  Then maybe I would feel better.  After that, I’ll take Arunima to Arun.”  Arun’s men hear this and get very happy!
Then, Bondita acts of going to the garden; but she goes to police station.  Arun’s men are soo drowned in pride and ego that they don’t notice Bondita going to police station.
Bondita reaches police station and narrates everything to the police inspector.  The inspector promises to help Bondita and punish Arun.  Then Bondita tells the inspector about her plan.
Inspector :  “Great idea!”
Bondita :  “And; in this way, Arun will expose himself in front of everyone….”]  Flashback ends.
Bondita :  “Arun Patnaik, now your dirty game is over. You’ve accepted your crimes yourself.  You yourself said that you’ve killed many girls and sold many other girls.  You can’t lie now.  You’ll be strictly punished for your bad deeds.”
Inspector :  “Mr. Arun Patnaik, you’ve committed endless crimes.  Any punishment isn’t enough for you.  Still, you’re charged with a fine of Rs. 10 lakhs for all your crimes.  Further proceedings will be done in the court.”
Arun angrily looks at Bondita.  The police officers start dragging Arun to the police station.
But, to everyone’s shock; Bondita says, “Stop Inspector Sahab, you can’t take Arun Patnaik to police station right now.”
Meanwhile, at some place; a person is banging his head against the wall.  The person is crying inconsolably. He says, “I’ve done a lottttttt of sins in my life; then be it with Anirudh, with Bondita, with Tapur-Tupur or with Thakuma; I’ve done wrong with everyone…Butttt, but now I’m regretting for my crimes.  I am missing my family soooooo much..”
The place is actually a jail and the distressed person is none other than Chandrachur!!!! 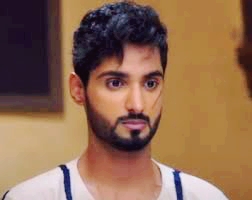 Chandrachud recalls Tupur and says, “Tupur, I really miss you endlessly…  I’ve realised your true and selfless love for me in these 2 years. You know what?  Earlier, I used to think everytime that why I’m alive??  I always had the question in my mind, that why don’t I die???  But, I got the answer to this question after the realisation of your love. It’s known to me that I am alive for seeing the Moon-like face of my dearesttt Tupur.  If I get to see your face na, then I can die in peace.”
Chandrachud cries while recalling the smile and laugh of Tupur.  Khairiyat puchho song plays…. 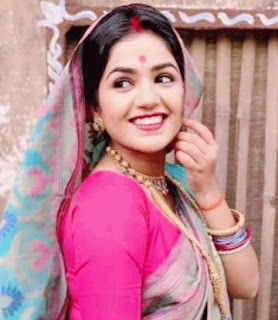 At Chakraborty Haveli :-
Mishti peeps inside Saudamini’s room through the door.  Saudamini and Batuk are planning to poison someone’s food. Mishti thinks to go inside; but the very next moment Mishti says to herself, “No, I shouldn’t go like this.  First, I’ll gather more information about this person standing with Saudamini didi.  Then, I’ll have to know why these people want to kill Bondita. After that only, I’ll be able to save Bondita from the evil clutches of these people.”
Other side;  Bondita firmly says, “Yes Inspector babu, you can’t take Arun to police station right now.”
Inspector :  “But why Mrs. Bondita???”
Bondita :  “Because, this beast has no knowledge about women’s power..  First, he should understand a girl’s strength. Then only he’ll go to police station.”
Inspector :  “Yes you’re right Mrs. Bondita Roy Choudhary, but how will you make this demon understand the importance of women power?????”
Bondita :  “You just watch Inspector Sahab.”
Arunima, who’s quite awake; she’s heartbroken after hearing about her Baba’s sins.
Bondita says to Arunima, “Arunima beta, you’ve been a victim of your Baba’s sins.  So the first right of punishing him goes to you.  Punish him in any way you want and show him the girl power.”
After hearing Bondita’s words, Arunima runs from there.  Arun laughs and says, “Not every girl is brave like you Bondita Roy Choudhary.  See, that girl ran away.. Hahahahaaaaa….”
All of a sudden, Arunima kicks Arun from behind and Arun falls down.  Arun gets up and sits on his knees.
Arun shouts, “Heyyyyyy girllllll!!!!  How dare you kick meeeee??????”
But, instead of answering Arun’s question; Arunima comes in front of Arun and lands a very hard slap on Arun’s potato-like face.  Then, Arun’s face becomes like a tomato.  Arun fumes with rage. Bondita smiles seeing the brave Arunima.
Arunima says to Arun, “I’m really feeling ashamed that I am your daughter. You don’t deserve to be called a human.  You’re a Rakshas.  You harassed my Ma, you killed my sisters, you were trying to sell me;  you’re a real devil, you’re a heartless monster.  And you’ll definitely get punished for your worst sins.”
Saying this, Arunima starts showering Arun’s cheeks with lots of slaps. Jai Durge plays…  Arun screams in pain.
After getting sooo many slaps from Arunima, Arun’s face becomes red like a pomegranate.  Arun thinks of killing Arunima, but he’s not able to do anything in front of police.
Bondita proudly says to Arun, “See, each and every girl has bravery inside her just like me. The only need is to bring this bravery out from their hearts.  Then only this world will get to see the Lioness version of a girl.” 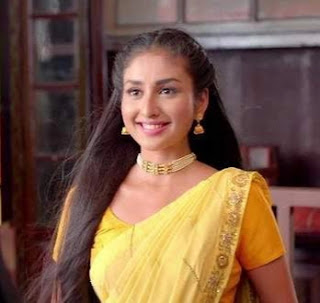 Arunima says to the police inspector, “Inspector Sahab, take this person to jail and give him the mosssttttt harsh punishment..” 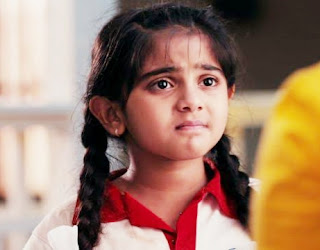 Inspector :  “For sure beta. Btw, you did a very great work today by punishing this devil with your own hands.  Hattssss offf to your courage..   Keep breaking the society’s stereotypes like this.  All the best!”
Arunima smilingly says, “Thank you so much Inspector Sahab.”
The police takes Arun to the police station.  Arun thinks, “I won’t spare anyone. You all will have to pay for this.”
After the police leave, Arunima runs and hugs Bondita very tightly.  Arunima cries and says, “I don’t have words to thank you Bondita didi. You and Anirudh dada are like Gods for me.”
Bondita :  “No Arunima. In fact, you saved yourself.  You’re really very verryyy brave and courageous beta.  I know that you’ll do something big in your life.  I’m sooo proud of you beta!!”
After a while;  Bondita says, “Arrey Arunima!  We should go home now.  If everyone will wake up, then it will be too much trouble.”   Arunima nods.
Bondita and Arunima leave from there.
The episode ends.
Update Credit: Khushi(a)Barbie
PRECAP :-
Trilochan brings many gifts for Anirban, but he doesn’t give anything to Anindita.  Anirudh thinks, “Kaka, now you’ve started doing gender discrimination between our own children. Why Kaka, whyyyy??”
Share. Facebook Twitter Pinterest LinkedIn Tumblr Email
Previous ArticleLaal Ishq3..Red Love…RoSId,DhEera,TanShi,SamAya,Siddharth Puri-Helly Shah SS Part 14 (Last chapter)
Next Article Agar Tum Na Hote 15th December 2021 Written Episode Update: Mr Panday finds out the truth about Niyati

Spread love and kindness wherever you go. Live, laugh and love.