The girl on the other end must have been freaked out.

A notification popped up. Anirudh nearly jumped out of his chair in an attempt to reach for his phone.

There was a reply to his apology message.

‘It’s okay… I can understand. People make mistakes. No worries. I don’t mind. By the way, nice DP. Very deep and meaningful.’

He smiled. This girl was understanding and friendly.

It was the very first time that someone had complimented his WhatsApp profile pic. Otherwise, most didn’t understand why he had put the photo of the mythical phoenix rising from fire on one side and water on the other, as his profile pic. They didn’t understand the depth of its meaning. It represented that one should never give up, when they fall. They should get up, with renewed vigour. And also, that balance between being passionate and being calm, is important. It perfectly represented himself. He was like that.

He thought it was only fair to return a compliment for her DP.

‘Do you really like it, or just complimenting back as a formality??’

Reading her reply, he laughed out loud. She was smart.

And then he actually saw her profile pic. It was a typical profile pic with an inscription of ‘Dreams’ on it.

‘Hello Miss Curious. You can call me anything you want!’

‘Very funny. Then even I’m not telling my name. Ok, bye! Enjoy your life.’

Anirudh was a bit taken aback to see that she was suddenly saying goodbye.

‘Sorry! Did I offend you in any way?’

And that marked the end of their conversation. And he had been so absorbed with his conversation that he didn’t even realise that now he had to ask for Saurav’s number once again. This time, written on a paper.

“Tell me Bondita? You’ll go, right?”, Sumati asked her daughter, holding her by the shoulders, looking into her eyes.

“Maa, why are you supporting Mama-Maami in this? Why do you want your Bondita to go away from you?”, Bondita asked her mother, upset and anguished by the fact that her mother was trying to persuade her to go to the hostel, away from her.

“They are doing this for your best, dear. All this chaos and ruckus that has ensued after that incident with Dutta… It would have calmed down till you would return. Look, even after a month of that incident, you are still facing harsh consequences. See what happened today! What his wife did to you?!”, her mother tried to explain to her.

“But Maa, do you really think that when I return, the Duttas would have forgotten me? I know, Mama-Maami want to send me only to buy time for this matter to cool down. But, if I am the victim and not the culprit, then why shall I go away from here, as if I have committed some crime? Why shall I act like I am at fault? Why shall I hide from the world? Tell me Maa? Why when someone is wronged, they try to hide themself and not fight for their rights?”, Bondita questioned.

Sumati looked at her daughter with a teary smile. Her daughter had always been so questioning and argumentative. So curious. She couldn’t believe that the six year old little kid who used to ask silly questions like ‘Why is the sky blue? Why don’t clouds have a definite shape? Why can’t we see the sun at night?’, had now grown up so much, that she was asking such valid, logical and mature questions. Questions that her mother had no answers to.

Her argument was obviously logical. But she was her mother after all. She had to strengthen her resolve. She had no choice.

Sumati gave Bondita a stern look, and asked, “Bondita, you must go to the hostel. That’s my final word. Won’t you listen to your mother?”.

“Your wish is my command, Maa. I won’t disobey you. Even if you ARE wrong! Fine, I’ll go!”, Bondita said, her voice and expression, a mixture of sadness, hurt, anger and resentment.

“Good. Then I shall inform this to Dada. Get ready Bondita. Dada had said that you will be departing after three days”, Sumati said, nodding her head, and went away from there, hiding her tear-filled eyes.

She went back into her room, a thousand questions running through her mind. Yes, she was unhappy with her own decision. But she had no choice.

The sun was setting. It was almost dark. The sounds of conch shells being blown, during the Sandhya Aarti, were resonating throughout the Roy Chowdhury mansion. Everybody was busy doing something or the other.

However, Anirudh was sitting idly on the sofa of his study, his bluetooth earphones plugged in his ears listening to his favourite melodies. Though his eyes were open, he looked lost.

Anirudh got startled out of his trance.  He looked up to find his youngest brother, Batuk Roy Chowdhury looking at him, in irritation and concern.

“Are you okay, Big D? You looked quite lost. What’s up with you?”, Batuk asked in concern.

“What? I’m fine. I’m perfectly fine. Just a bit tensed for tomorrow”, Anirudh said, shuddering at the mere thought of what was to come tomorrow.

“Oh, come on, Big D! It’s just a breakup! That too with a girl, that you have known since childhood. Don’t be scared”, Batuk said, trying to subdue his Big D’s panic.

“That’s the problem, Batuk! I am scared. But not for myself. I am scared of breaking Saudamini’s heart. I know she won’t take it very well. She’s my childhood friend, I understand. But she’s become too invested in this relationship. You know, a few days ago, she was talking about marriage! And there I was, unable to say anything, standing like a fool”, Anirudh said.

“Well, you ARE a fool”, Batuk said, looking lost in deep thought.

“Batuk!!”, Anirudh looked at him irately.

“Oh God! How am I going to do this? It’s going to break her heart. But I can’t lead her on. Giving her false hopes would be wrong too!”, Anirudh groaned, his face in his hands.

Batuk looked at his elder brother. He looked very distressed. And Batuk Roy Chowdhury loved his Big D. He couldn’t see him like that. He had to do something.

“Big D, I have got some due assignments. Can I do them tomorrow? Because, right now, I don’t understand how to proceed”, Batuk asked his brother.

Anirudh looked at him, looking horrified. “No! No way! You’re not going to delay your studies or assignments.  You’re going to complete them, by tomorrow. Bring your assignments. I’ll help you”, he ordered.

“Okay, Big D”, Batuk agreed, meekly and went off to bring his assignments. At least he could distract his Big D for some time, even if he had to make a sacrifice and postpone his web series watching time.

PRECAP: Anirudh and Saudamini were now standing face-to-face and looking at each other. Anirudh, with guilt in his eyes, and Saudamini with hurt and resentment. And then, she strode forward and slapped Anirudh across his face.

Here’s a picture of Anirudh and Bondita’s profile pics:- 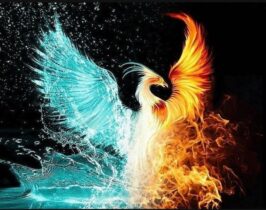 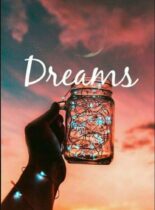 So, now Bondita has no choice but to go to the hostel…

And yes, Saudamini is Anirudh’s girlfriend here😁… With whom, he’s going to break up😂…

What was your favourite scene?😉

By the way, that’s the first and probably the only precap that I’m going to provide 😛… Because I’m not really good at writing precaps 😅…

And, what do you think, is going to happen next?😉…. Do share your thoughts and if there’s anything you would like to ask or say, you may do😇…

Just a typical human being...