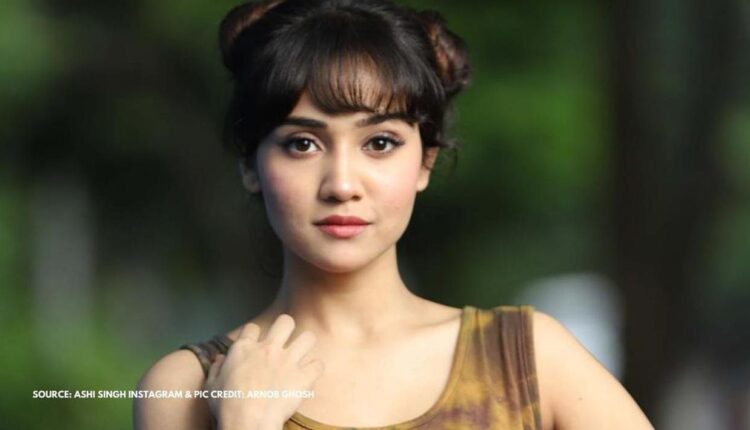 Ashi Singh broke down in tears on the sets of her show; Here’s why

As we all know, Alladin-Naam Toh Suna Hoga is coming to an end. And Actress Ashi Singh couldn’t control her emotions and broke down when the team wrapped up shooting the climax scene of the show. No one said anything and was speechless as Siddharth Nigam, the lead said the last dialogue and all of it came to an end. It was Ashi who broke down into tears right after it. Ashi, who joined the show just six months ago, feels that this role and the show has been a win-win situation for her.

Incidentally, she was trolled by the fans of Avneet Kaur, as she had replaced her. In an interview with TOI, she opened up on the same and said, “As much as I could, I avoided reading and seeing the comments because I knew that would affect me. I had replaced someone and I guess something like this was bound to happen. It was a challenge and I had to prove myself. I think I did manage that because gradually people accepted me too in the part.”

The actress has mixed feelings about the wrap- up, but she is happy that she got to do so many things. “The character of Jasmin is like my baby which I was raising on the set. Apart from this, handling swords and climbing on a harness are things which I did for the first time and I am glad that I got to do all that,” adds Ashi.

Her bond with co-actor Siddharth Nigam always trended on social media, right from their behind-the-scene moments to the time when they chilled together after shoot. “I met Siddharth on the sets only and I never thought that we would become such good friends. He has been immensely supportive and there are no professional filters between us. The bond we have makes me feel that we are some long lost friends who reunited,” she laughs.

This was Ashi’s first fantasy show and she reveals that she never really wanted to do a show like this; her interest was always been towards realism and youth-based shows. “But now I don’t have that block anymore and I am okay doing shows like these,” she signs off.