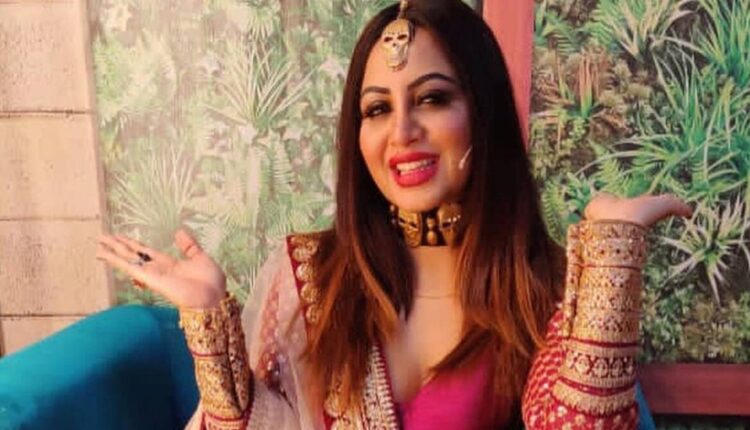 Arshi Khan wants a man from Pakistan in her Swayamvar

Bigg Boss 14 fame Arshi Khan is all set to return to television with a Swayamvar based reality show. She will be choosing a groom for herself. In a conversation with BT Arshi talked about it and said that she wants men from foreign countries including Pakistan.
She shared, “The makers are planning to hold auditions soon. I have told them not to just not bring Indian men but also allow men from other foreign countries, including Pakistan.”

When asked about the qualities she is looking for in a man. She said, “I want a man, who enjoys sports or is from that profession. As they love to stay fit and always active. I enjoy such personalities.”

Arshi is known for her stint in television shows like Savitri Devi College & Hospital, Vish and Ishq Mein Marjawan. Arshi was last seen in Bigg Boss 14. Her stint in Bigg boss 14 gave her more responses and offers from the industry. It will be interesting to see if Arshi will find her Mr. Right through the reality show.