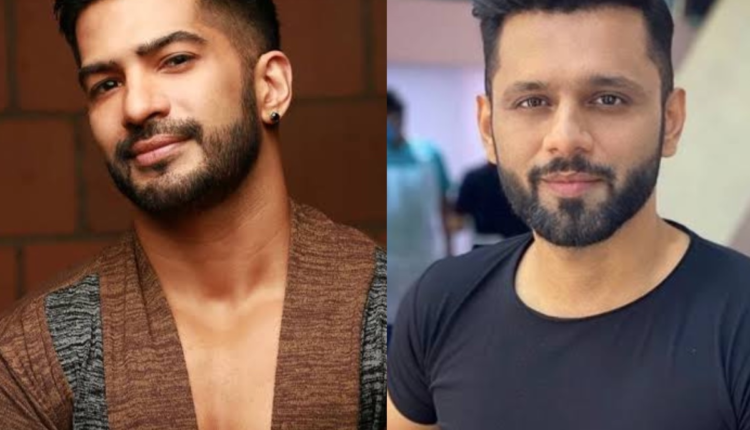 Amit Tandon: Rahul Vaidya showing his emotional side is the sign of a real man

Only a few people know that Amit Tandon who is known for her role of Prithvi Bose in Kaisa Ye Pyar Hai, actually started his career as a singer in Indian Idol season 1. Among his fellow contestants were Rahul Vaidya and Abhijeet Sawant.
‘I have known about Rahul’s emotional side for years’ says Amit. “In 2005, we were in the singing show together. That was over 15 years ago – it has been such a long time since we started our careers. I am happy to see Rahul come this far in life. He was a good friend during our debut show, but we got busy with our respective careers because I shifted to acting and he was still singing. I feel every person grows in life and Rahul has, too. While people are watching his emotional side right now, I have known about it since years. When I was eliminated from Indian Idol, he cried for me and I was touched by that. He has always been very close to his family members. I respect the way he is close to his mother and the rest of the family.”

In a recent interview with BT Amit said that he was surprised to see Rahul in Bigg boss 14, “To be honest, I was really surprised to see him there. Earlier, I thought he won’t be able to make it this far in the show. And as I remember, the beginning was really thandaa all the contestants weren’t as vocal compared to Sidharth Shukla, who was in the house as their senior. We saw the women putting their point forward, but men hardly did that. I like how Rahul puts his point forward and doesn’t take anyone’s rubbish. He is calm and knows what to talk when. His one-liners are nice and all these things are something new, which I didn’t see in him during our Indian Idol days. He was a young boy back then and looking at his journey from then till now, he has achieved a lot and done well in life,” said Amit.

Talking about Rahul’s game in Bigg Boss 14, he said, “He is doing well. I guess one negative thing was when he left the show in-between. Had he not done that, I’m sure he would have won. Currently, I feel Rubina Dilaik is doing very well, but I guess Rahul will at least be in top two. I won’t be surprised if he wins the show, too, but when he went out, he saw the game, people’s reactions and came back with a plan. He knew when and where to talk. Rahul always comes across as someone with an assertive personality, he’s confident about his qualities and skills, which is good for him because we see that confidence in the show as well. Rahul has shown his emotional side by crying when he was sad and that is the sign of a real man. I like that he shows all his real sides of being happy, angry or sad in the show,” he signed off.