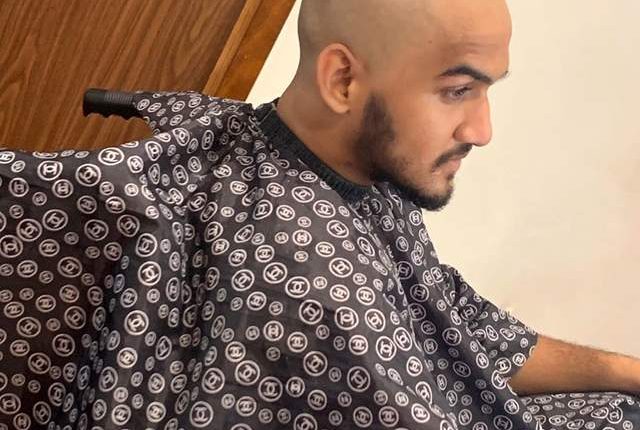 Faisal Khan who is very popularly known for his work on Indian telly was recently seen in Nach Baliye 9 along side his partner Muskaan Kataria. While his dance performances were setting the stage on fire, he had an unfortunate accident on the sets of Chandragupt Maurya’s set and had to leave the show owing to his injury.

He went through surgery and the latest news was that he is now in recovery. Today he is again making the headlines as he went bald. He took to his social media account and wrote,“I have been fighting since I was a child. I am not a Survivor, I am a Warrior ”
Have a look at the post:

I have been fighting since I was a child. I am not a Survivor, I am a Warrior ?

Talking about his injury to the Hindustan Times, Faisal said,”I have done this stunt before, so, I don’t know what went wrong. When I jumped off the horse, I fell badly and broke my tibia and fibula- the two long bones in the lower leg. This accident was unexpected and when I was being tended to, I was in shock. I am a dancer and never have I been hurt while dancing or performing stunts in my acting career.”

Well his new look is having his fans intrigued for what he is planning to do next. He has already bid adieu to Nach Baliye 9 and will soon resume shoot for ChandraGupt Maurya too. Apart from Nach Baliye, Faisal has done shows like Bharat Ka Veer Putra – Maharana Pratap and Bhanwar – Kalyug Ki Hairatangez Kahaniyaa.