After some days Mishti really lost her cool and yelled at Jeev.

Mishti:I did everything you wanted.Now you might be sure that till death you will get a comfortable life here.Still why are you not signing the papers?You are so selfish that you don’t care about me.It’s good that you are going to die.It’s because of your selfish nature that God gave you an illness which will take your life soon.

Mishti:I guess you forgot why I married a dying patient like you.I married you only to get your signature so that I can have power over my properties.I married a cancer patient like you so that you will leave my life soon and I can enjoy my life all alone.For that I did everything you said.

To their shock Anand-Bela were standing near the door.They had overheard everything.

Jeev and Mishti were silent.

Anand:Tell me..what we heard is true?You guys were fooling us?

Anand:So whatever change you showed recently was your pretence. But we were foolish to believe it.

Anand:We feel ashamed of ourselves for not being able to bring you up well.

Bela:Anandji,there is no need of saying anything.She won’t understand anything.

Jeev took the papers and signed them.

Jeev:Keep them with you Mishti.I am leaving this house as my role in your life is over. 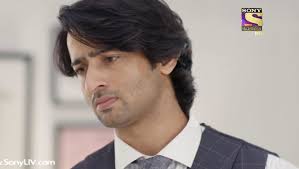 Mishti was shocked as she did not expect Jeev to take a sudden decision to leave the house.

Jeev:You spent money for my stay here.Right?I don’t want your favour anymore.My small savings is enough to pay it back to you.

He took a cheque and signed it after writing the amount there.He gave it to Mishti.

She was stunned as she never expected him to do it.

Jeev packed the bag and walked towards the door.

Anand-Bela looked at him painfully.

Anand:I am not stopping you from going as you deserve better.I am not sympathizing you for your illness.Because compared to the terrible life you were leading here even illness and death are nothing.

Bela:But we will miss you.

Jeev looked at them tearfully.

Jeev:I will also miss you both.An orphan like me got maximum love from you both.I can never forget that.Thank you so much for that.

Mishti was staring at Jeev.She did not know what she was undergoing.

Jeev:Thank you Mishti for fulfilling my wishes.

He left the house.

Anand stared at Mishti:Jeev is such a nice boy.But you were so heartless to use him.You married him only to wait for his death.How could you be so heartless?

Anand:You know why agreed to get you married to Jeev?

Anand:Remember ..I had talked to Jeev personally when you brought him home.

Anand:Do you really want to marry her?

Jeev:Yes.I want to marry her.

Anand:Any boy will get attracted towards a pretty girl.It’s easy to say I love you to her.But that’s a bubble which can break at any time.When you enter the real life ie married life it’s not easy.Only if you accept a person as he/she is and love the soul of that person the married life will have depth.Do you know the real personality of Mishti?Did you love her and decide to marry her only after knowing her truly or you took this decision by seeing her externally?

Jeev:I fell in love with her without knowing her personally.But now I know her very well.Still I love her very much.

Anand asked him in a sarcastic tone:Really you know her?Are you serious?

Jeev:Yes..I know her very well.She is not at all like other gils.She is selfish,greedy,proud,arrogant,greedy..She does’nt have any feelings for others.She does’nt even respect elders.Still my love for her did not change.I realized how much I love her.That’s why I decided to marry her.

Anand:Mishti might do many things which may be not likable to you.But please never leave her hand.

Jeev:Please don’t worry.I promise you that I will not change my word and will love her till the end of my life. 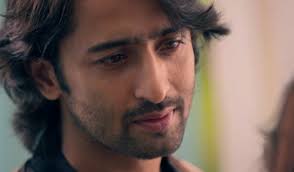 Anand:You are the man we dreamt of for Mishti.But I never ever thought that Mishti will get such a nice boy.She is lucky to have a loving boy like you. 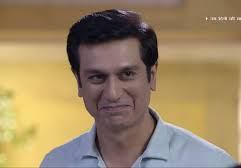 Mishti was stunned to hear it. 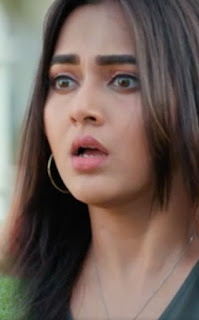 Anand:Jeev loved you with all your defects.Still you hurt him every day.

Bela:How can you hurt the person who loves you unconditionally like the way you are?

Mishti became very upset.She herself did not understand what she was feeling that moment.

Anand looked at Bela:Why are you asking this question to her Bela?Only those who have heart can understand all this. 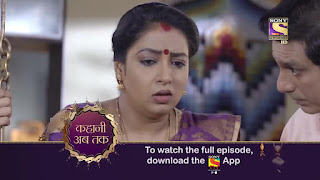 Mishti thought:Does Jeev really love me or was he lying to Anand uncle and Bela aunty?

Anand-Bela packed their luggage and came out of their room.

Anand:You wanted to enjoy alone without any burden.Right?We know that we are the biggest hurdles in your life.So we are leaving.You enjoy alone.You live your life as you please.

Anand:Till now I looked after your father’s company.As you were irresponsible I could not hand over the company to you.Now since everything belongs to you,from now onwards you yourself manage the company. 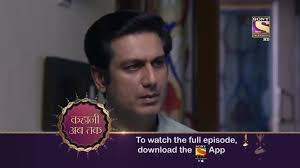 Mishti’s eyes got filled up with tears.

Anand asked her sarcastically:You are trying to stop us?We are sure that there is no good intention behind it.
Mishti:No.Last few days I realized how rudely I behaved with you both.I really repent.Please don’t go. 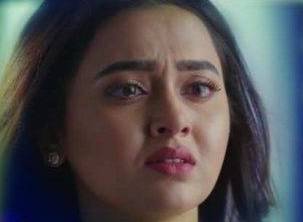 Bela:We can’t believe you.If you had really realized your mistakes you would have understood how you treated your husband who is counting days. 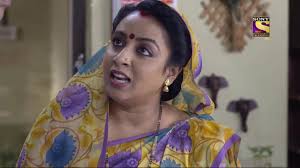 She was missing the care and affection of Anand-Bela.

Mishti:When I lost you both,I realized that you both never made me feel the pain of a child who lost her parents.I am a fool to not realize it before.

She remembered Jeev every moment.

Mishti:I wanted to get rid of you as soon as possible.Then why I feel upset when you left me?Why I am craving to see you?

Mishti was watching the sea waves at the beach.

Mishti:Like I wished I became the richest girl who has no one to control.I have full freedom now.Still I feel so empty.I feel that even after getting everything I don’t have anything.

Suddenly she saw herself walking along with Jeev.A smile appeared on her face. 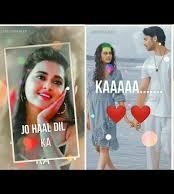 She imagined Jeev carrying her on his back and walking there. 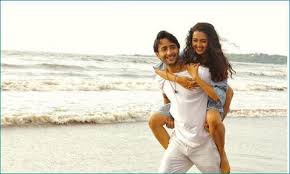 She felt very happy.But when she realized that it was only her imagination she broke into tears.

Mishti:I miss you Jeev.I want you.I need you.Please come back to me.

Mishti met Palchin in her hospital.

Palchin:Jeev is not here.Why are you restless Mishti?

Mishti told her everything and Palchin got shocked. 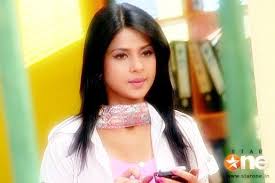 Mishti:I know.Because even I know that I was wrong.Now I want to rectify my mistakes.

Palchin could not believe her ears.

Mishti:Yes.I can’t imagine a life without Jeev.I want his remaining days to be the happiest with me.

Mishti:Tell me where he is.

Palchin:He is in his house.I will give you his address.

She saw him standing at the compound.

She felt emotional seeing him there.