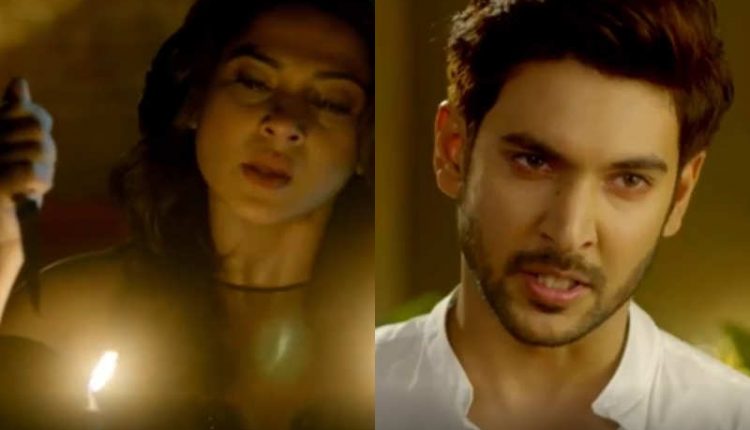 Accidents do happen on the sets of our television shows but some are such close saves that reading about them send shivers down our spines. A similar incident is now on record with the leads of Beyhadh 2 as well. It happened so that Shivin Narang and Jennifer Winget were shooting for quiet a dangerous sequence for Beyhadh 2.

And Shivin happened to save Jennifer from falling off the construction site at which the shoot was on. While they were shooting, Jennifer had harnesses on and was in the lift and it was not a usual lift, it was the one on a construction site. The lift lost control and dropped from the top floor.

Jennifer’s harness was stuck in the lift and she was getting dragged with it. At that time Shivin came to her rescue and saved her from falling off the building. He himself got injured but kept the shoot going. Brave right? Well, he is a true hero.

In a statement to a leading portal, he said,”Our first shoot together was an outdoor shoot at a construction site and I was quite excited. The sequence was one where Jennifer was supposed to be in a lift. While performing such stunt sequences, the production takes utmost care of the artists and even Jennifer had her harness and other safety gear on but unfortunately her harness got stuck and she was about to get dragged with the lift from top floor when I instantly reached out for her and grabbed her. In the course of saving her, I injured myself and my hand got hurt and she got a few bruises here and there and both of us were terrified.”