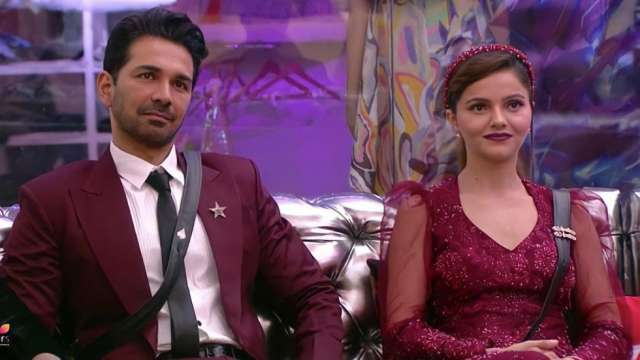 Bigg Boss 14 has reached its final week and everyone is keen to know who will left the trophy this season and go to be a winner. And as expected Rubina Dilaik is among the top finalists of the show.

The stunning actress is married to another Bigg Boss contestant Abhinav Shukla. Shukla was osted from the show just last week and he too played a game which was praised by all. The couple had a troubled married life when they entered the show. They even revealed about the same in the show. But then they saw so much in the house that they were brought closer to one another. Their bond became stronger every week.

In the latest episode of the show, the couple was termed winner of the title of best Jodi in Bigg Boss 14. This made Abhinav emotional about his journey with his wife.

In the new post, the actor shared a picture of both of them on Instagram. The duo was awarded the winner of the Best Jodi award in the Bigg Boss season 14. Abhinav feels blessed to have Rubina Dilaik by his side. He wrote in the caption that their bond has become stronger with all the obstacles that came in their path. The weekend ka vaar made them wiser and they became closer to each other. He adds that their biggest achievement is that they never give up on each other and rise every time they fall.

He wrote in the caption, “We got stronger with each difficulty that was thrown in our way, each weekend ka vaar made us wiser, more people wanted us to part more we stuck around! #Rubina Our greatest glory is not in never falling, but in rising every time we fall.”

Neha Kakkar opens up about her anxiety and body issues