A Mesmerizing Love Story Of Those Golden Days – Episode 15

AT NAINA’S HOME IN THE NIGHT

Naina wakes up to drink water and as she comes in the kitchen, quietly drinks water and as she is about to go to her room, she hears whispering sounds and finds it is coming from Anand’s and Bela’s room. She thinks, “I should not listen to anyone’s conversation. It’s bad manners.” and as she turns back to go to her room, she thinks, “But what if they are planning something against us…” She decides to hear from outside without making any noise.

“Rakesh Bhai Sahab called in the evening and was asking if the girls are behaving properly. I told him that everything is good and the girls are being very nice to all of us.” says Anand and Bela replies, “Whatever you did is correct as we don’t want to complain against them. Though we know what all they have done from behaving ill with us to the chemistry teacher’s bucket prank, we will try our best to mold them to be good.” Naina gets shocked and thinks, “So they knew about the school prank too, but they didn’t even talk about it with us.” and continues to listen. “Today Naina was being very nice and they also agreed for the speech on Inspection Day. I feel they are transforming themselves. I really hope they will realize they were doing wrong and agree to stay here with us.” says Anand. “I hope so too. I really want to see their good side.” says Bela. Anand smiles and they both wish each other goodnight.

Naina softly touches her eyes to find her eyes moist. She rubs her eyes and goes back to her room. As she lies on the bed, Preeti who is half asleep, asks, “What happened?” and Naina replies, “Nothing.” Preeti continues, “Why do even try to lie to me? What’s wrong, speak up.” and Naina tells her everything she heard from the room. Then she says, “I just feel so bad about everything we have done to them. They think so much about us, more than our own parents. I understand that we did not call our parents because we were mad at them for leaving us here, but at least they three could have called to pacify us. It’s been a week since they went back, but till now we received just one call from Dad. And Chacha Ji- Chachi Ji are awake at night and talking about us. I am sure they have other topics too to talk about. But what they are concerned about is us.” On hearing that, Preeti hugs Naina tightly and asks, “Should we just drop the plan?” and Naina replies, “I don’t know. I can’t decide what do we want?” “Forget about it for now. We will talk about it tomorrow. I want to sleep right now.” says Preeti and Naina says, “I too am feeling sleepy. Goodnight.”

But none of them is actually able to sleep the whole night. They just keep on thinking.

The next day, they stay lost in their own thoughts all the time. During a free period in the school, when they tell Swati about it, she too gets thinking worriedly. “Will you please write the speech for us for tomorrow?” asks Naina and Swati replies softly, “Sure. But which one? A good one or a bad one?” Naina and Preeti are so confused about it and decide to toss. “Do you have a coin?” asks Naina and Swati and Preeti nod in disagreement. Naina who is irritated by now due to overthinking, shouts in the class, “Does anyone have a coin?” and Munna says, “I do.” Swati comes to him and takes the coin. Sameer looks worriedly at Naina being irritated. Naina whispers, “Ok, if it’s heads, we will go forward with the plan and if it’s tails, we will stop everything.” THE COIN LANDS ON HEADS. 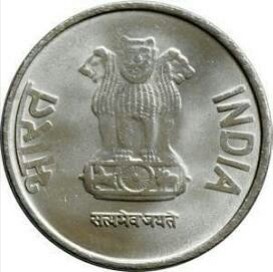 “Fine, we will go ahead with the plan. I think that is our fate.” says Preeti. They give the coin back to Munna and leave the classroom to get some fresh air. “Oh no!!” shouts Munna and Sameer and Pandit jump up in shock. “What? Why did you shout?” asks Pandit and Munna replies, “The coin I gave them was my special coin.” “So what?” asks Sameer. Munna says, “Actually it has heads on both sides. I mean it has a sticker of heads on the side of tails too. I think they did not notice that.” “Wait a minute. You always use this coin when we toss and that’s why you choose heads so that you win, right?” asks a furious Pandit. “I am sorry. I hope they chose heads for something good.” replies Munna. “Relax. It was just a toss, maybe they tossed the coin to find out who will bring food for the others, or something like that.” says Pandit. Sameer looks on worriedly saying, “I hope so too.”

In Flashback, when the girls tossed, the side of the coin that landed was actually Tails covered with the sticker of Heads.

In present: “So Swati, you need to write the bad speech. Fill it with insult for the Official. We have to get out of India otherwise our family here will drive us crazy.” says Naina and Swati nods. “I need to use the washroom.” says Naina and leaves. As she enters the washroom, she starts crying. “I need to stop crying. The younger Naina had emotions and she died long back due to her parents. The new Naina has no emotions for anyone except Preeti and Swati.”

She wipes her tears off, washes her face, and returns. “You were crying, right?” ask Swati and Preeti to which Naina replies, “No. No. Actually, something went into my eye, so I was washing it away.” “In both eyes?” continues Preeti. “We can still think about it. We have a day left.” says Swati. “No need. It’s decided. Just prepare the speech, please.” replies Naina and goes back to the class followed by Preeti and Swati.

THE DAY OF INSPECTION

“Here is the speech. I wrote it twice, one for each of you. Also, I have written your names above the parts each of you has to speak.” says Swati as she hands the speeches to Naina and Preeti who reply, “Double thankyou for your help.” Swati says, “Not again. How many times do I need to tell you both that there is no…” and Naina and Preeti interrupt, “Oh ya. There is no sorry and no thankyou in friendship.”

Naina and Preeti stand far by the two corners of the tent at the back with scissors in their pockets. Sameer welcomes the official with a beautiful bouquet of roses and receives a lot of appreciation for his welcome speech. After some time, Naina says, “I think this is the right time. I should sign Preeti to cut off the rope of the tent and then quickly cut off the fans’ wires too at the same time as I do.”

“WHAT!!!” A VOICE SPEAKS AND A SHOCKED NAINA TURNS TO FIND SAMEER STANDING BEHIND HER.

A seventeen year old who loves commenting on fan fictions n now is trying to write herself. Hope you guys like it!!!