5 TV shows that gave us freedom from stale & boring storylines

India celebrates its 75th Independence day today. It is a big day for all of us. Before Independence India was a British colony and during that period our people have suffered a lot and have sacrificed their lives. We who are born post Independence are all lucky to have had nothing like that to suffer. We are all enjoying life post Independence and we are living freely. There are various ways in which one enjoys freedom. Hence, today, BollywoodLife being an entertainment website, we tell you what kind of independence our television industry has given to its viewers. Sounds interesting right? Well, in the past few years, we all have got freedom from those boring ‘saas-bahu’ stories. When one talks about TV, the only thing we can imagine is a mother-in-law troubling her daughter-in-law or vice versa. However, the content of TV is now changing. We have shows with some refreshing storylines. These stories give us a new view of looking at things and also give us some impactful messages. Take a look at shows that gave us freedom from stale and boring story lines:

Rupali Ganguly, Sudhanshu Pandey and Madalsa Sharma starrer Anupamaa is winning hearts and its completely because of the story. While there are many shows that has youngsters playing the lead roles, Rajan Shahi chose to bring Rupali Ganguly and Sudhanshu Pandey for this show. However, more than many young actors, people love watching Rupali as Anupamaa. It is a story of a simple housewife, Anupamaa who parts with her ambitions and goals in a bid to raise her family, feels dejected when she fails to get any credit for her sacrifices and trials. Later when her husband ditches her, she decides to live life on her own terms and achieve all the success. This is quite a different story and sounds new. Hence we see the show gets record-breaking TRPs every week.

Ekta Kapoor recently released the promo of the season second of her iconic show, Bade Achhe Lagte Hain 2. We saw Ram Kapoor and Sakshi Tanwar in the first season. This time it is Nakuul Mehta and Disha Parmar playing Ram and Priya. As per the promo, the story revolves around getting married and the age factor that comes in with it. The show also talks about how one can fall in love with their partner even after marriage. For now, it surely is sounding quite interesting and new, isn’t it? 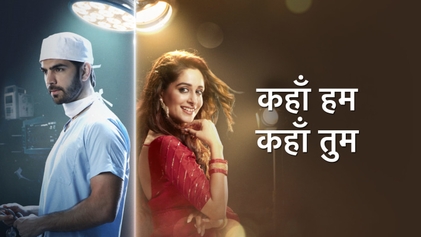 Dipika Kakar and Karan V Grover’s show, Kahaan Hum Kahaan Tum was loved by the audience for its unique storyline. It was a story of a hardworking doctor and an actress. The story revolved around how Dr. Rohit Sippy and Sonakshi Rastogi fall in love and post-marriage manage to spend time together amidst their busy schedule. It also spoke about how communication between a couple is so important for a successful marriage.

The story revolved around Shaurya, a male chauvinist who believes that every girl’s future belongs in the kitchen is in for a surprise when he crosses paths with Anokhi, a hardworking girl. However, later we see a change of thoughts with Shaurya and he realises how he was wrong and needs to think of what he has been doing. We then see him fighting for Anokhi’s rights and help her complete her education. Barrister Babu is quite popular and has a massive fan following. The story of the show is something that has grabbed all the attention. The show is about Anirudh, a young lawyer from London, stops the wedding of an eight-year-old girl, Bondita, with an old man. However, he is forced to marry Bondita. But instead of treating her as a wife, he decides to help her and mentors her to fight for her rights. Aniruddh makes Bondita capable enough to live her life on her own terms.

Hope you liked this article! (Please don’t pass mean comments if you didn’t like any aspect of this article)

I need to die. #Riansh OS